With a 72 hour time limit, you better get started!

Today, Whitemoon Games revealed The Bunny Marathon event coming to Broken Ranks where players in the world of Trentis can face off against strange creatures disturbing festivities and earn rewards for their service. The event lasts for 72 hours, starting on April 16 to 19 at 9:00 a.m. on both sides of Central European Summer time.

By fulfilling the requests of concerned citizens and defeating monsters that cause trouble, you'll gain formula fragments per completed task. Every 80 minutes, you can dive into other requests of your choosing. And once you have enough formula fragments stocked up, you can craft the Furry Fury Formula required to get the main prize of the event: the legguards skin named Bony Cony Kicks. It can only be obtainable during the event and is not tradable between players.

Once you do have it, the requests still have relevance because you can earn character experience, gold, or pet experience. Those at level 140 get psychoexp, too. Then the event creatures add to that dopamine of rewards, dropping various items such as Insect Maps, Platinum keys, Essences, and much more. 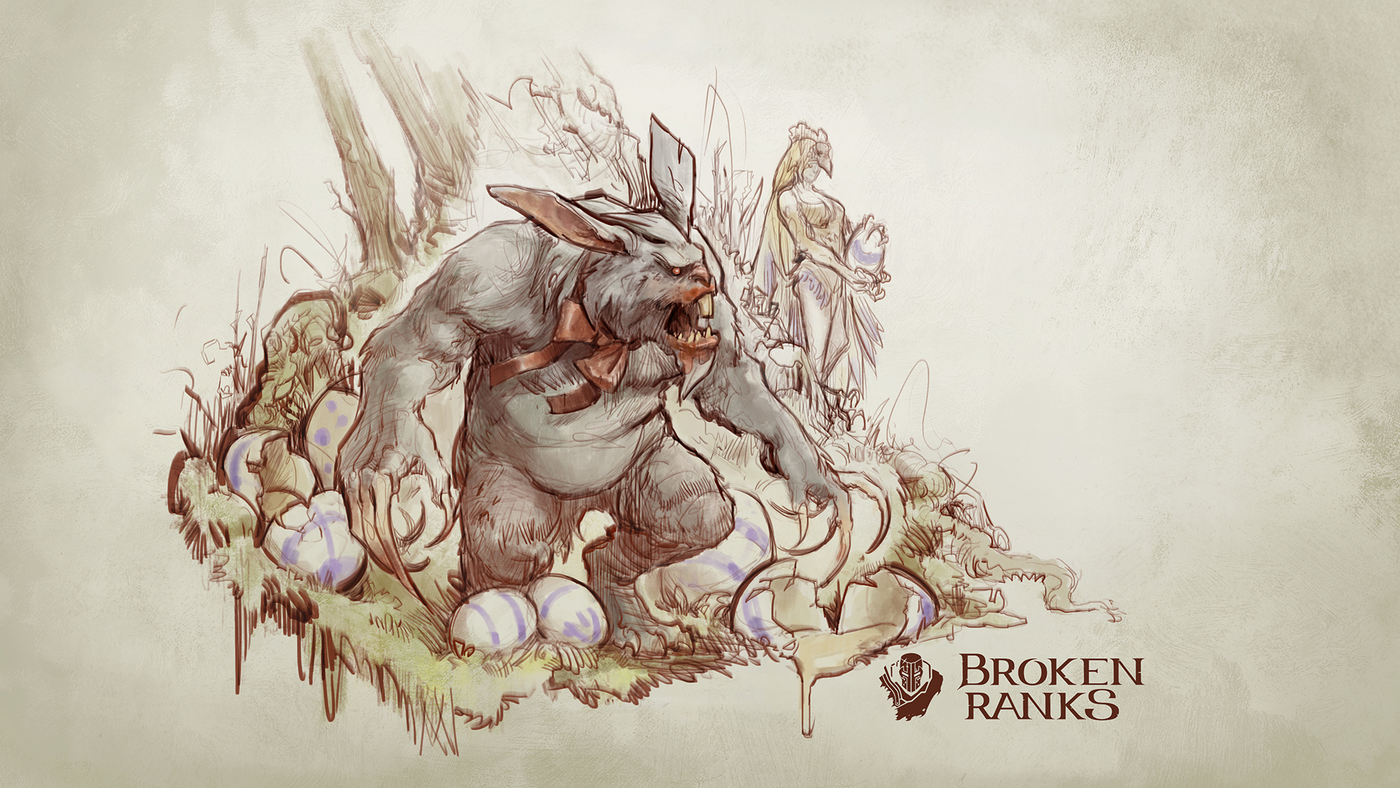 Several mobs, like Lambdas and Chicken Heart, have varying difficulty levels and loot will appear depending on the maps, with a few being Khold Mountains, Alaril, and Orc Forest. You could also encounter the champion Slaughter Lamb in Beirn, offering sweet rewards for those who overcome the fight.

Lastly, it wouldn't be a bunny event without Easter eggs lying around the place, and there is a ton you can collect to earn Bony Cony Kicks in another way. If you don't get the opportunity to get the main prize, after the event is over NPC Poolo Cohello will spawn and open shop so you can trade Easter eggs for upgrade flasks, platinum keys, and other tools. Also, Whitemoon Games confirmed The Pride of Taern event cosmetics will transfer to Broken Ranks' premium store on their new servers, allowing players to buy a new body armor skin called the Lambda Wool.

If you're looking for more information on The Bunny Marathon event, check out Whitemoon Games' official dev blog.

Create a character in one of these new servers for a lot of rewards and events.