Pre-orders are rolling out, but make sure you purchase the right one!

Today, developer People Can Fly debuted their Outriders "Worldslayer Endgame Broadcast" and showed off plenty of changes arriving in the RPG looter-shooter on June 30. The biggest addition to the Worldslayer expansion is the endgame activity: Trial of Tarya Gratar, a massive repeatable dungeon that increases enemy difficulty as players delve deeper and reap best-in-slot loot.

Mobs will drastically change with each run, but players can expect to butt heads with the same bosses as they go deeper inside. Outside of re-running the Trial of Tarya Gratar, players have the opportunity to challenge Troves that offer specific types of loot, such as one that drops only chest armor. Troves are catered to players who enjoy risk-reward systems, and for the first time ever, these encounters introduce a way for fans to get their hands on specific gear without hassle in Outriders. 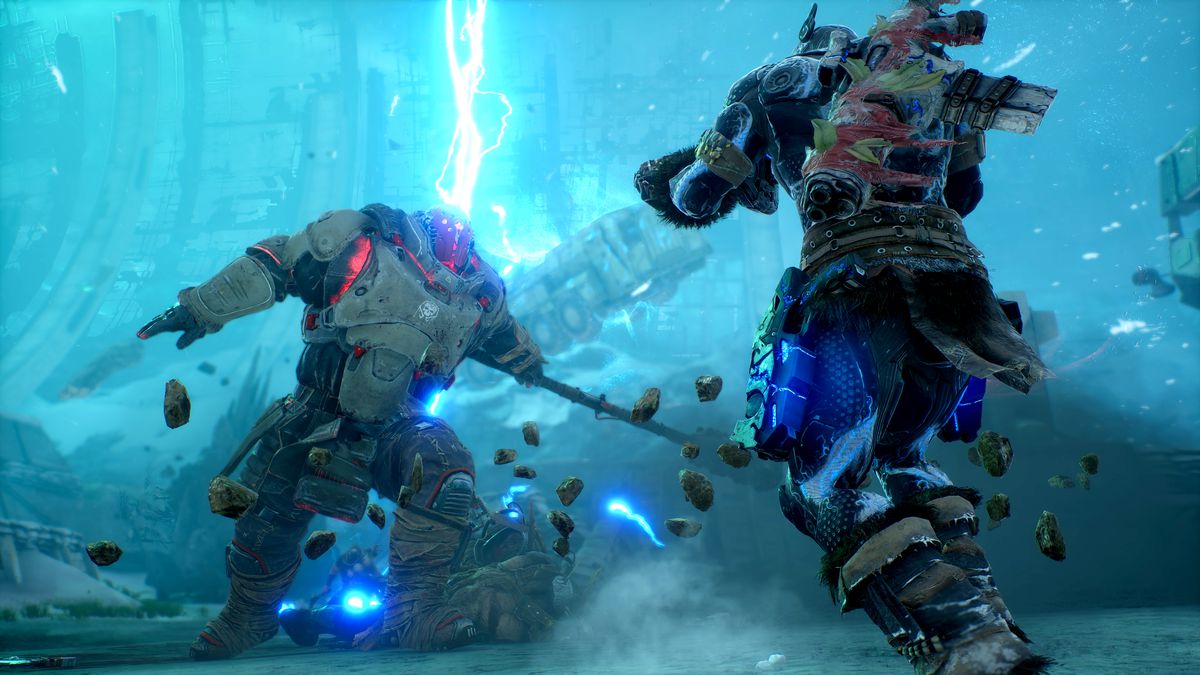 You can go into the Trial of Tarya Gratar solo or in a group. Whichever you choose, you won't have to worry about pesky time limits because People Can Fly omitted that feature from this endgame activity. Fans in the Twitch chat were relieved to hear the news, but even more so when they learned that older Outriders maps would still be relevant in the expansion. Those ahead of newer players in Worldslayer will have to dip back into older content to gain materials to upgrade gear. With this in mind, the developers are hoping to boost the cross-play factor of Outriders.

Worldslayer launches on June 30, and two pre-order versions are available for purchase now. The standard Worldslayer package goes for a whopping $80 and includes the base Outriders game but currently sits at $54 due to an ongoing discount. The upgrade version - best suited for current players - is $40 but is on sale for $36. Regardless of chosen version, and if you pre-order before release, you'll get 48 hours of advanced access to Worldslayer.

Share:
Got a news tip? Contact us directly here!
In this article: Square Enix, People Can Fly, Outriders.

But it's coming in a work-in-progress state. Devs have scheduled playtests this weekend to evaluate its performance.

It's planned to drop in the upcoming Season 4.

Time and time again, Activision Blizzard's optics indicate that they really don’t care about their employees.

Continue your adventure or boost right to the new content.

Is review bombing ever ok? Yeah, it can be abused, but can it be used for good, too?