How Will You Build?: Skull And Bones Unveils Work-In-Progress Ship Loadout Customization For Naval Combat

It's the start of a series of dev blogs to give players a look into the game.

Skull and Bones has seen several setbacks in its development lifespan, but it seems Ubisoft finally got a handle on it and is ramping up for launch as they commit to sharing a series of dev blogs to reveal all aspects of the game. Kicking it off, Ubisoft released their first dev blog focusing on ship loadout customization today and how that translates to player approaches to naval combat.

While most of this blog is a "work-in-progress and subject to change," Skull and Bones hopes to boast an array of ships, weapons, and attachments that'll help players brave the wild challenges they could encounter across the seven seas. Whether fighting another ship or plundering nearby settlements and forts, Ubisoft states that "having a well-thought-out loadout and strategy will be key in fighting your way to the top." All ships, weapons, and attachments can be crafted via the Shipwright, Blacksmith, and Carpenter located in each hub area, but players will need the correct blueprints and resources. 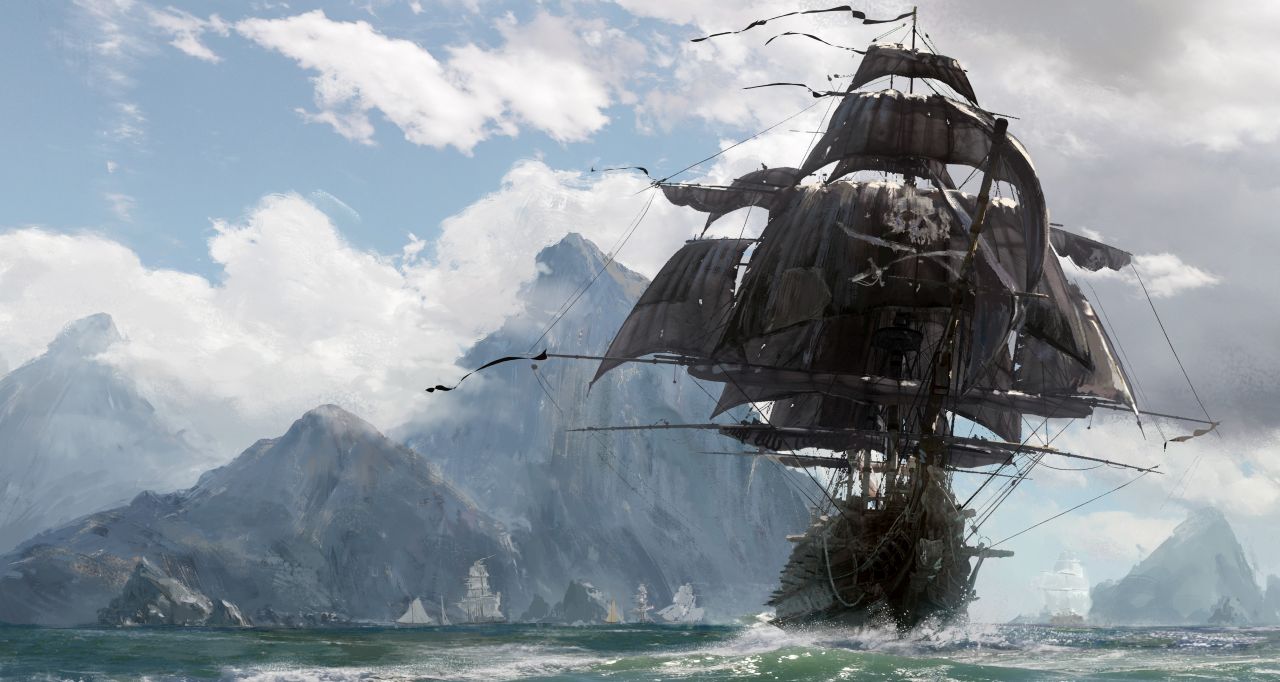 When it comes to ship loadout customization, each vessel with weapons and attachments has its benefits and drawbacks. Players will be able to swap between ships better suited for transporting large amounts of goods but useless in combat or go for a vessel with explosive firepower but terrible when it comes to navigation and traveling long distances. The size of the ship will determine if it can go inland through rivers or out on the sea, while its category - such as navigation and firepower - will dictate its viability in those pro and con situations mentioned earlier. There are also perks unique to a ship, giving them extra ramming damage or helping players break through hostile waters quicker.

One of the more complex, yet cooler, aspects of loadout customization is figuring out which weapons to put on the ship. There are the standard cannons, mortars, and bombards, but also odd ones like Greek Fire. These weapons can deal blunt, explosive, piercing, fire, flood, crushing, or tearing damage, which also can inflict temporary status effects on enemy ships. Also, the weapons are under different family trees. Each tree has multiple versions of the original version but is drastically different. The devs plan to explain more about weapons in a future blog.

There's plenty more to unpack from the dev blog, so be sure to read it from the Ubisoft website if interested!

By Anthony Jones - 21 hours ago

By QuintLyn Bowers - 22 hours ago