Back in April, not a single player saw a map 5 times in a row in Competitive queue.

Valorant players are not strangers to annoyingly going through the same map multiple times in Competitive mode, so much so that a player survey of over a third of them said it was "extremely frustrating." Riot Games got to work solving the issue since the beginning of June 2020, and recently in April of this year, made headway on solving the repetitive map selection process.

In their latest Game Health blog, developer Brian Chang of the Competitive team for Valorant broke down the metrics of map streaks from June 2020 to April 2022. Chang acknowledged how "playing the same map gets stale quickly" and brought voice to player complaints from surveys that revealed a ton of frustration with the randomized system. To correct the problem, Riot focused on improving "the diversity of maps played without compromising the health of matchmaking." 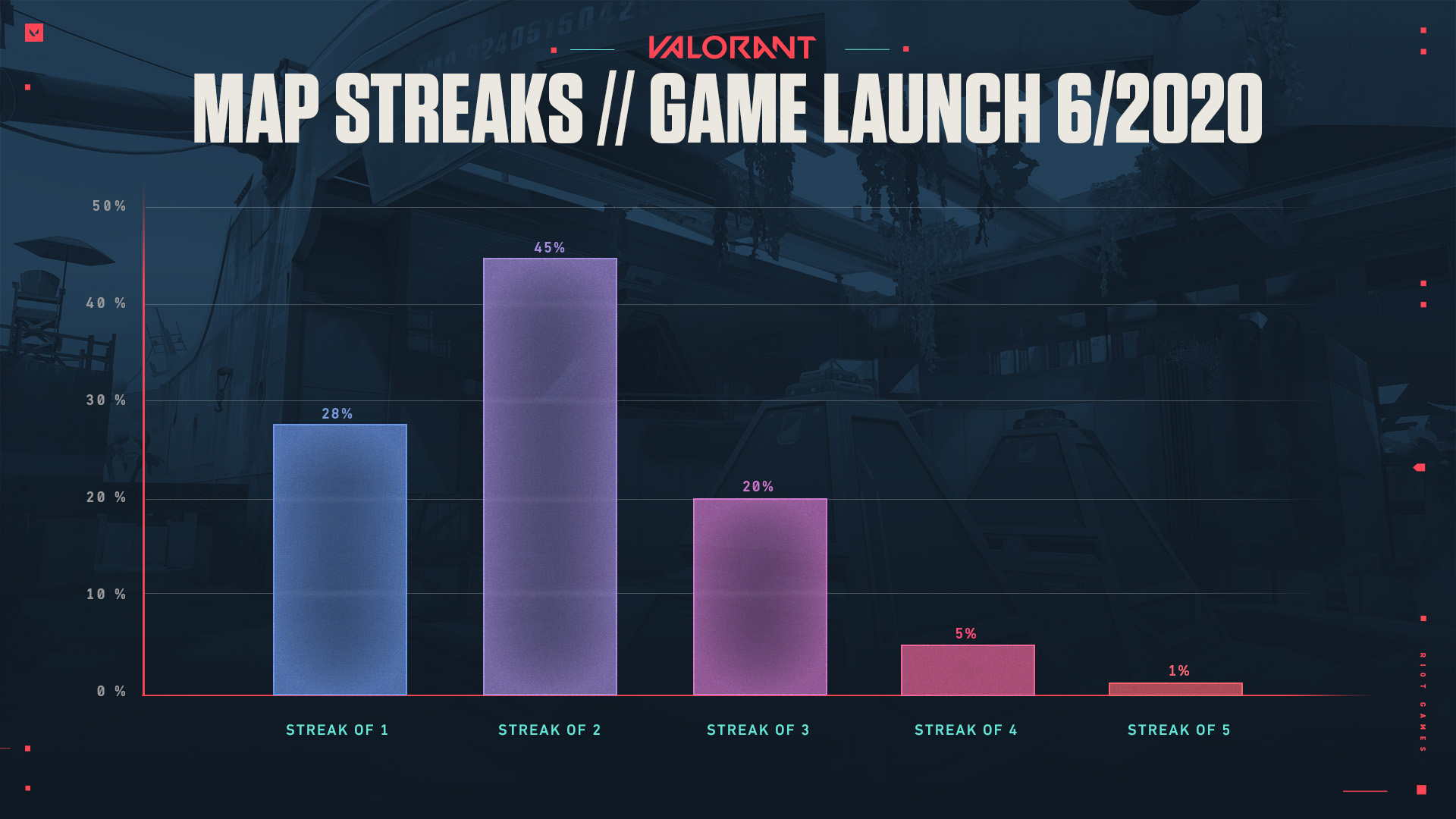 Starting out in June 2020, at least 26% saw the same map three or more times consecutively, and the best way for Riot to resolve the unlucky selection process was to pull back and implement a "pseudo-random selection system." This early method favored maps that were not seen by 10 players in a match but "heavily punished maps that any player had experience in a streak recently." The scale of randomness did pull back to 10% of players getting three or more streaks of the same map, but didn't fix how unlucky it can be.

Fast-forward to April 2022 and Riot has finally got a handle on the map selection process by throwing out the random map selection system and instead opting to "create a deterministic choice that always selects the map that minimizes streaks." This means that if a particular map popped up often in a player's recent history, it would get booted from the selection pool. After that, the new system in place would rationalize which map the "10 players in the lobby had seen the least to decide."

The new map selection process was implemented in patch 4.04 back in April 2022 as a regional test in LATAM before the rest of the world got to play. The metrics of April revealed that not a single player saw "the same map five times in a row in Competitive queue," and players who saw the same map three times in a row dropped to a measly 0.06%. 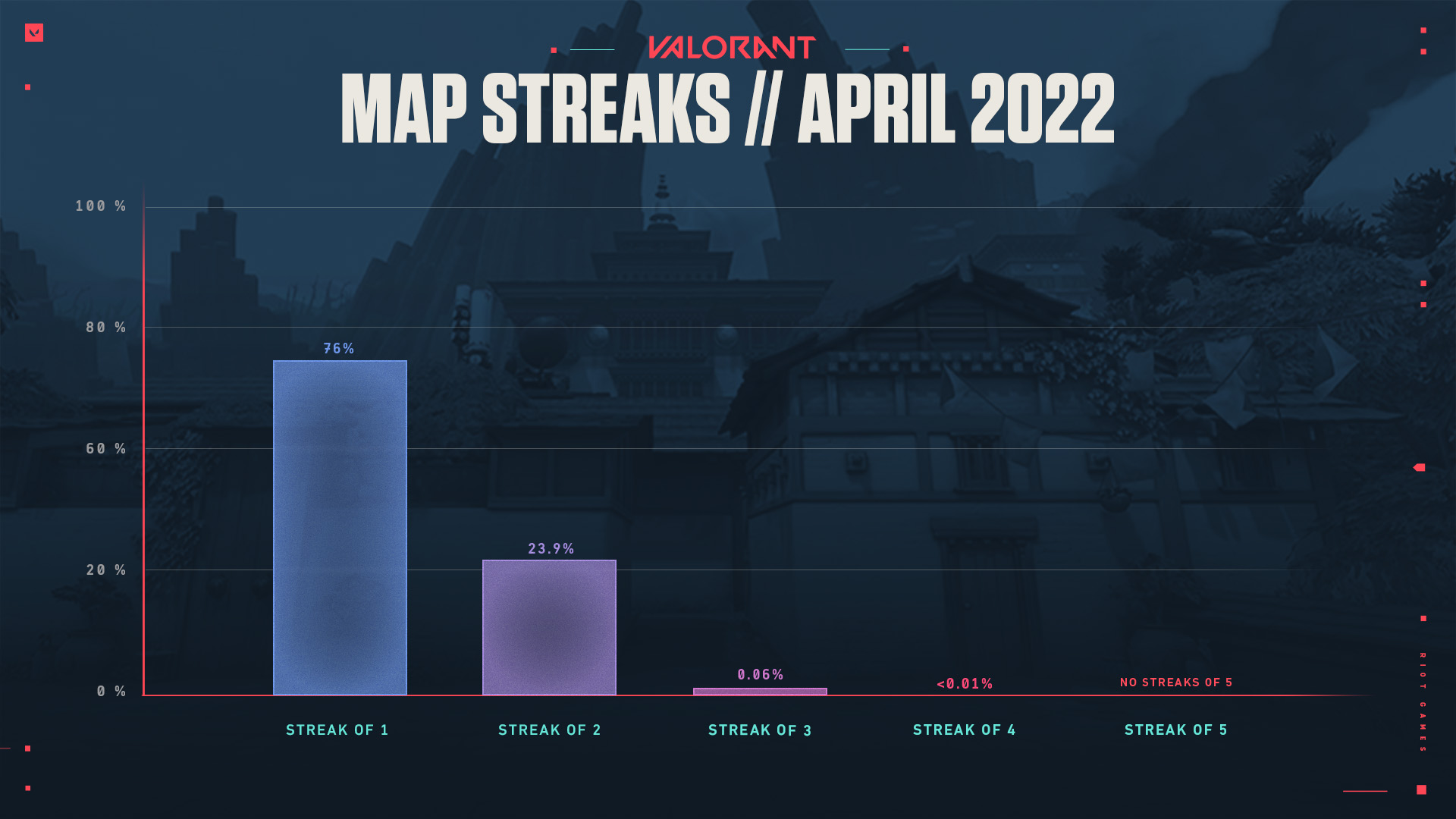 Map selection for matches has only improved significantly since patch 4.04, and the developers are satisfied with the current pace of the system. Recent player surveys show the same sentiment of improvement. Riot will continue to monitor its data to see if additional changes might be needed.

You can read more on the history of changes to map selection on the Game Health blog on Valorant's website.

“Don’t be sad that it’s over, be happy that it happened.”

We can only hope that the rumors are true.

By Aspen Pash - 5 hours ago

The company has a lot in the works.

Call Of Duty: Vanguard & Warzone Season 4: "Mercenaries Of Fortune" Is Now Live On All Available Platforms

Between Warzone's new battle royale map and the return of Zombies in Vanguard, there's quite a lot to play.