All supported platforms can try out this free patch.

After launching its closed beta on Epic Games Store in 2021, Chivalry 2 finally makes its way to Steam with a massive update: "Tenosian Invasion." Developer Torn Banner Studios and publishing partner Tripwire Presents say it's the "largest and most ambitious content update yet," bringing mounted horseback combat, a new faction, maps, and much more.

The long-awaited Steam debut is available now. Steam players can get their hands on exclusive armory items for each faction for the wait, such as the "Tenosia Beard Helm" or "Mason Eagle Helm." Any Steam users who own the original Chivalry: Medieval Warfare game will also receive "an exclusive Horned Helmet." Additionally, the devs launched a Console Server Browser feature to allow players to join their friends cross-platform, but party functionality will come later. 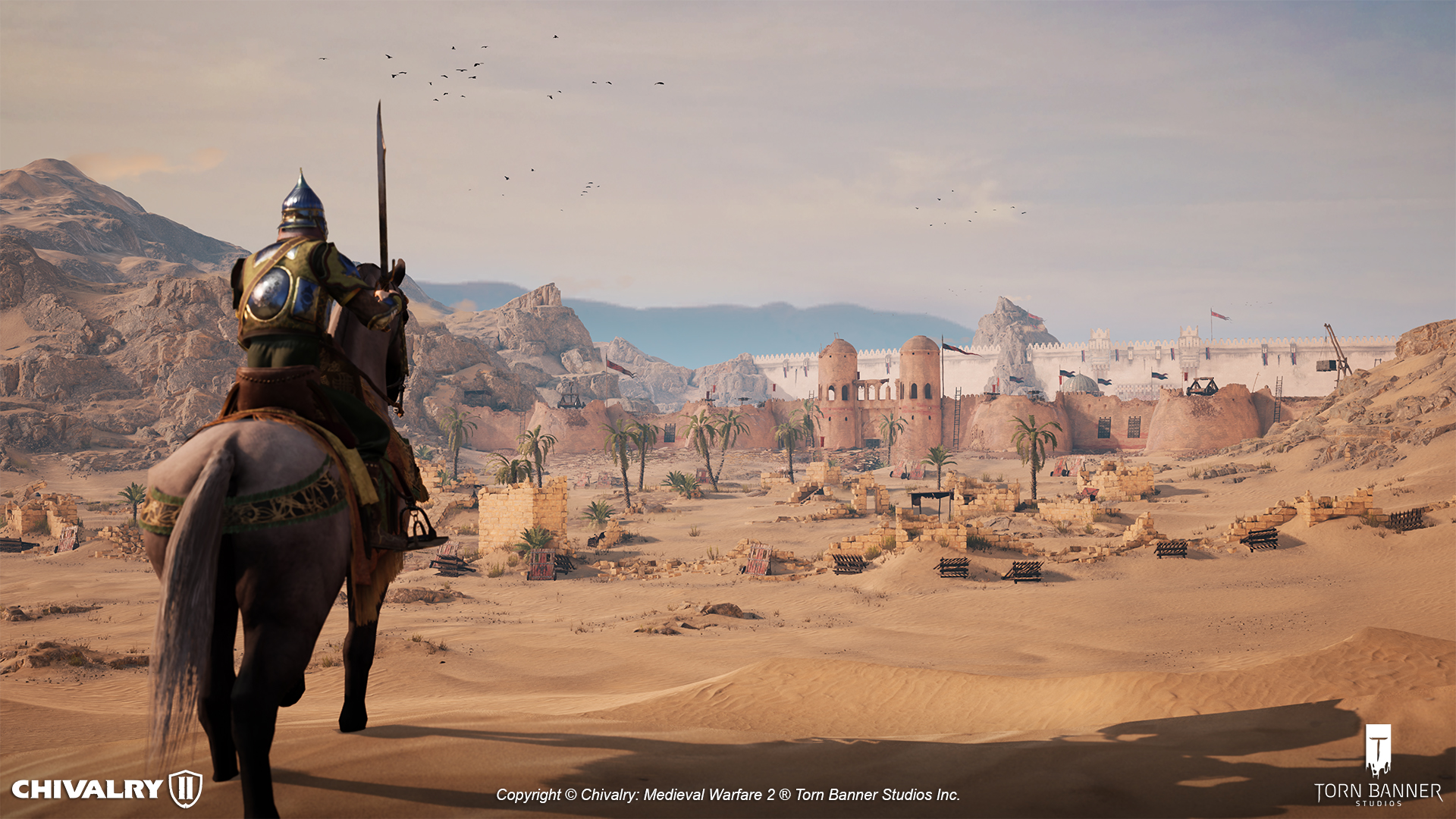 PvP mounted combat is an entirely new feature to the Chivalry franchise that will let players trample their opposition, land devastating horse kicks, and engage grounded or mounted players. In some Team Objective maps, attacking and defending teams can "Join the Calvary," which lets them spawn in by teammates on horseback. How players chose to use that feature could turn the momentum of the battlefield.

Players will venture through new maps and scenarios inside the Tenosian Faction, such as the "Tenosian port city Askandir." Also, there are unique visual and audio differences in armor, helmet, weapon skins, heraldry, and brand-new voice-over work coming with the patch. Most armors are real-world-inspired sets and helmets like the "Masked Aswaran," "Dipylon," and "Sparabara."

Think you'll try out the mounted combat in Chivalry 2? Let us know!

Due To Extended Downtime For The June Update, Lost Ark Players Will Receive A Little Something Extra

Players can gain access by pre-ordering or pre-purchasing the game.

By Aspen Pash - 3 hours ago

A good amount of new content is now live for players to experience.