Producer and Director Naoki Yoshida published a blog today on Final Fantasy XIV's website, addressing balance adjustments for classes in Crystalline Conflict and the Frontline mode. Players will see these changes in the upcoming patch 6.15 on June 7, but before that rolls around, jump into The Make It Rain Campaign event at the Gold Saucer on June 3 at 1:00 a.m. Pacific Time.

Yoshida begins the blog by admitting that his team "went too far with [their] adjustments" for patch 6.11a. Many balance adjustments for several jobs in PvP were at the forefront of their changes for the patch, but "most notably for Black Mage," Yoshida says. To clear up player questions concerning how these adjustments are rolled out and decided, Yoshida decided to address those questions and state when players "can expect them for Frontline."

In the case of Crystalline Conflict, it boils down to job wins and usage rates. Yoshida and his team keep "a constant record of win rates for matches where players of differing jobs compete" against one another, and they ideally strive to keep each job at a 50% win rate. When a particular job starts passing that ratio is when they "investigate the cause while also taking into account player feedback." The same goes for a job sitting lower than 50%. But to even the playing field and not give artificial boosts to jobs, Yoshida's team focuses on enhancing a job's "unique attributes in a way that organically improves its chances of victory." 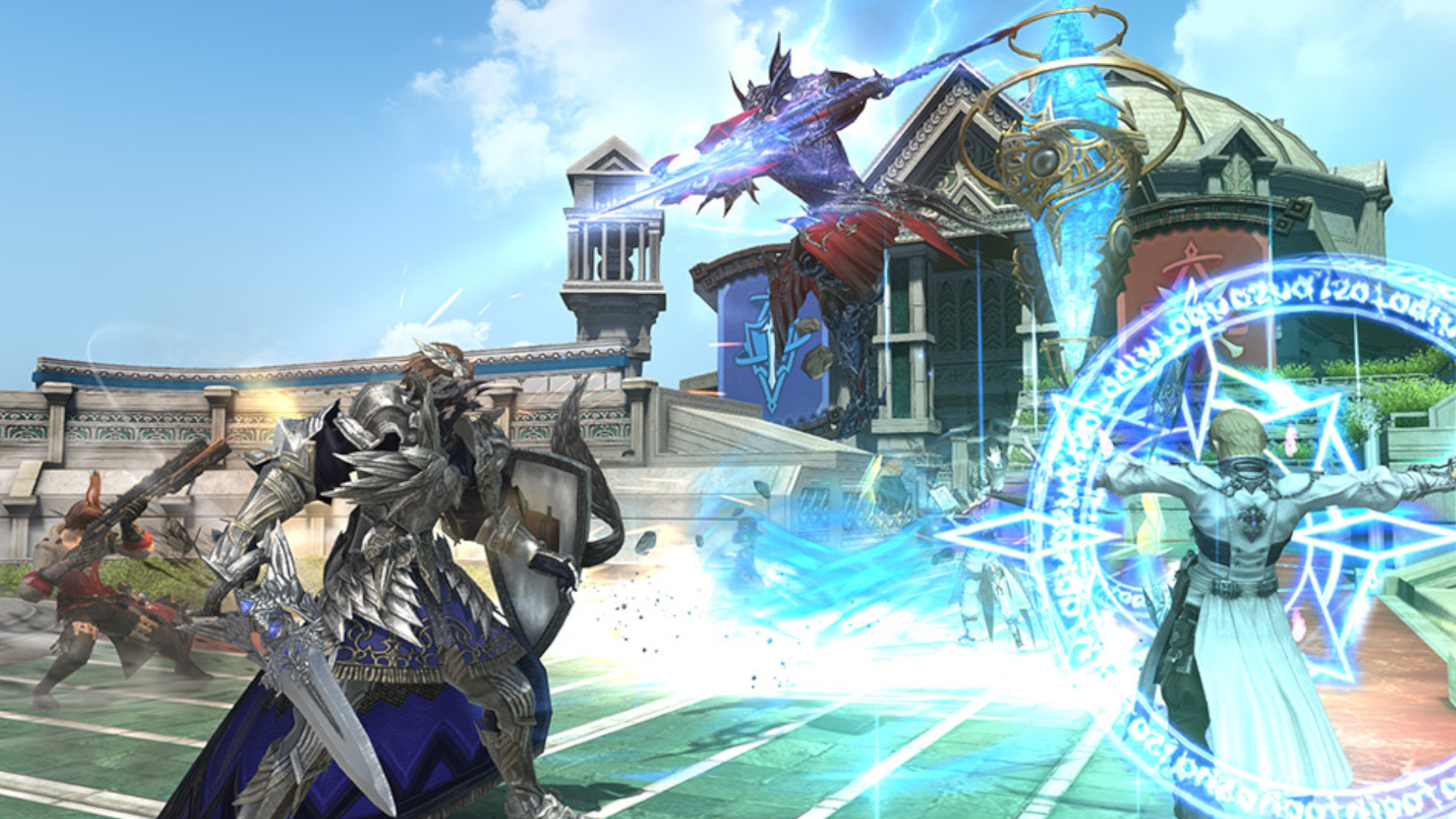 Another massive factor is evaluating "the rate at which players choose certain jobs over others." Unlike win rates, their goal isn't to "equalize the rate of job usage" but instead to analyze "instances of extreme bias" toward a particular job. Determining which jobs are "easier" or "harder" to use is what they believe may "implicate a greater underlying issue."

Frontline adjustments carry the same form of analysis but are directed at modifying "damage [dealt] and taken by all jobs" and the "frequency of limit break usage." By increasing the damage dealt and taken, Yoshida hopes to bring both Crystalline Conflict and Frontline match lengths and the number of participants closer together. From this alone, Frontline matches might become very aggressive and faster, especially when limit breaks will have more frequency. All changes listed so far will appear in patch 6.18, but Frontline adjustments will come in patch 6.2 later.

In other news, The Make It Rain Campaign kicks off on June 3 at 1:00 a.m. until June 20 at 7:59 a.m. Pacific Time. Players can zip over to the Gold Saucer and complete the A Prickly Plaint questline. You'll need to be at least level 15 and have finished the main scenario quests such as "The Gridanian Envoy" or "The Lominsan Envoy" from your firstly chosen region. Those who complete it can get two emotes and continue racking in MGP since the Gold Saucer will increase the currency reward by 50% during the event.

Excited to jump into some more PvP action during the next patch? Let us know below!

By Michael Byrne - 8 months ago

The update increases the game’s level cap as well.

Players will be able to purchase epic and legendary-tier skins with them.

“Roblox has enabled us to create interactive shared experiences”

The Livers come to Central City.

Oh what a tangled web of strand we weave...