Applications to sign-up for the test are now available.

Age of Water, a post-apocalyptic adventure MMO taking place on an Earth completely covered in water, will start its closed beta test this summer. Prospective players can apply on the official website, but there will be a limited number of participants. Those accepted will receive an email with a link to download the game with other necessary information.

Age of Water debuted in 2020 by publisher Gaijin Entertainment and developer Three Whales Studio, introducing a world where humans lived on man-made or natural objects above the ocean and fought pirates for survival. Players will command a motorboat or small ship, recruit crewmates, upgrade equipment and weapons for trading or firefights, complete quests, and unveil the mysteries in the game. 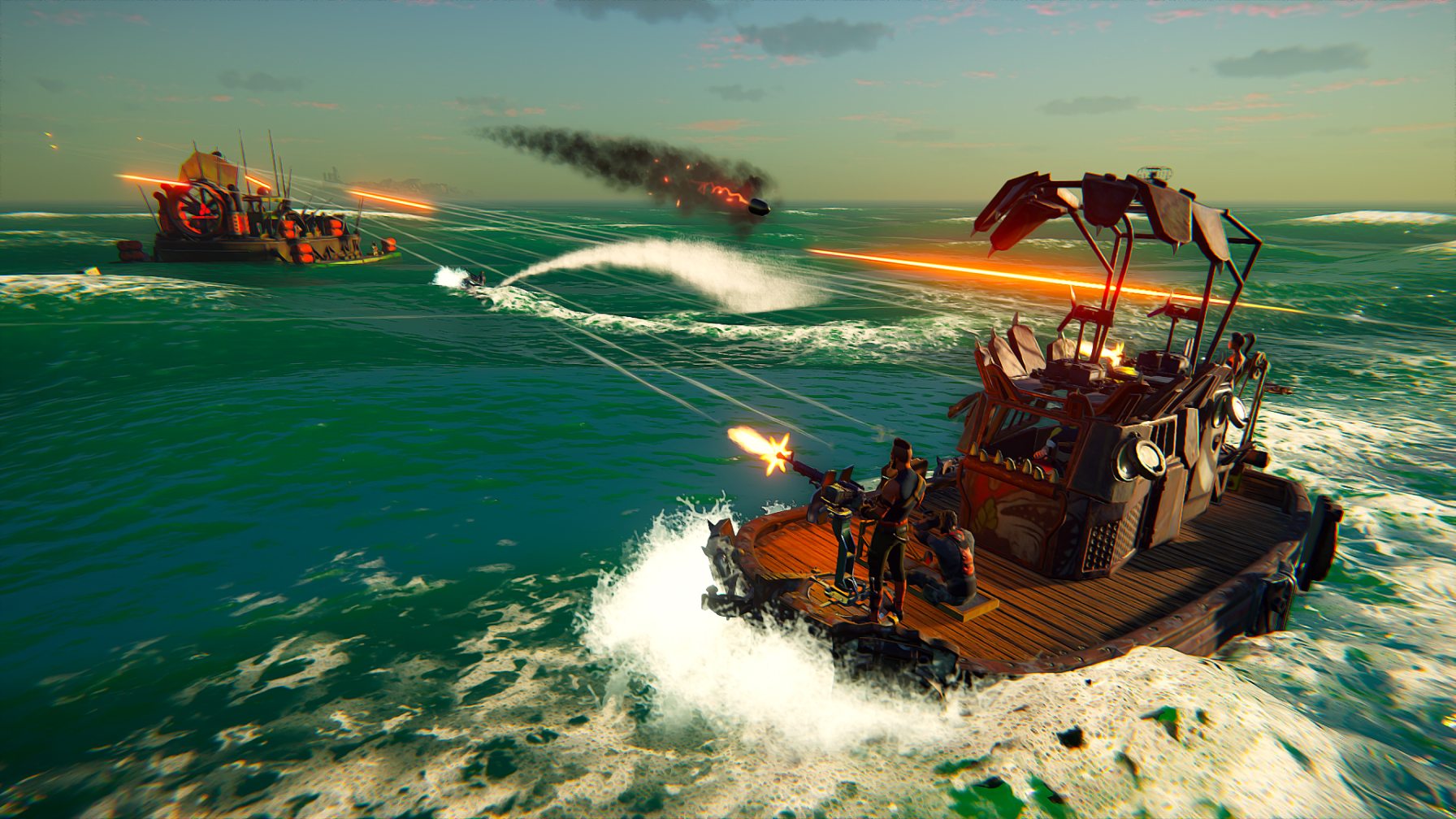 There are dozens of hulls and ship parts to bolster a ship's level of player customization, for instance making a small boat into a massive vessel that requires an equally-sized crew. Additionally, players will establish their naval base, serving as a hideout from enemies and a place to organize the production of items you'll need out on the sea. If fighting pirate AIs isn't all that engaging, players can sail far outside of safe zones to PvP other players to test their skills and equipment. Otherwise, they can team up to complete quests, trade items, and fight pirates together on the open seas.

To sign-up for the Closed Beta Test, you can do so on the official Age of Water website.

Share:
Got a news tip? Contact us directly here!
In this article: Gaijin Entertainment, Age of Water, Three Whales Studio.