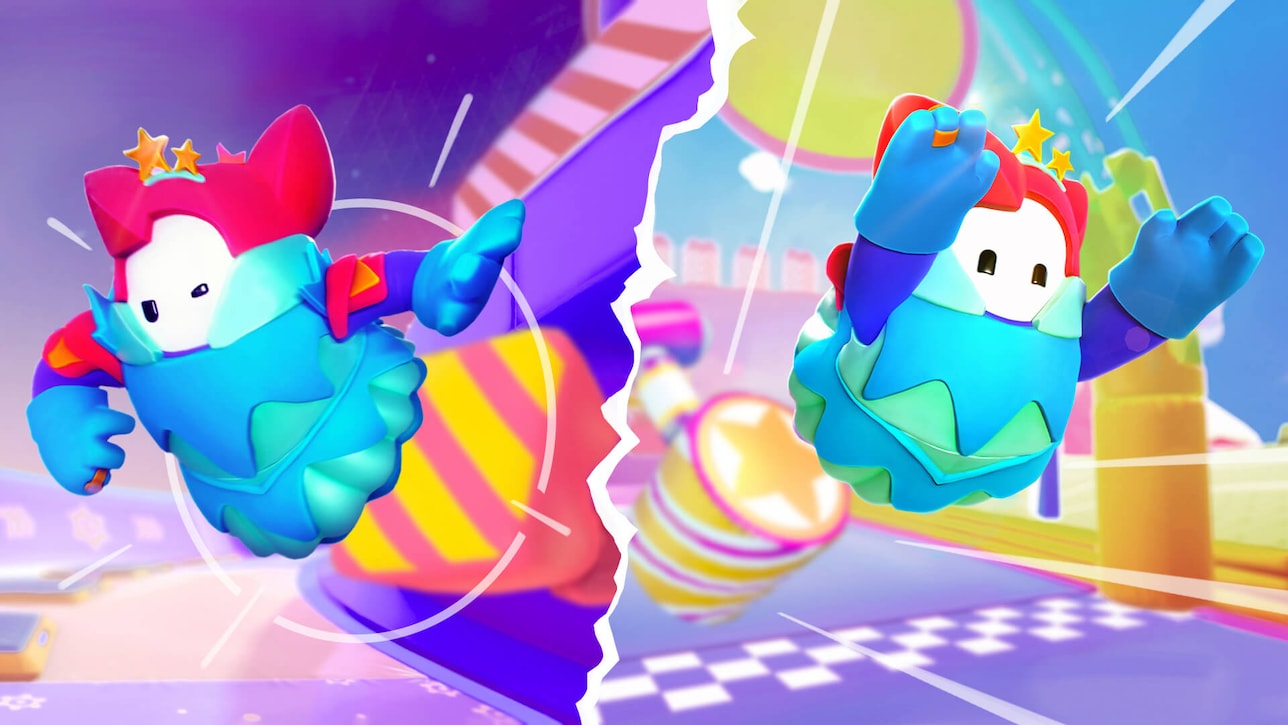 It seems like Showrunner Silent has hacked the Official Fall Guys Twitter! Their message to the public was a visually cryptic presentation but, apparently, the Fall Guys team believes their message to be of the utmost importance. For all the fans out there, in Season 6 of Fall Guys you'll be helping launch a Satellite into the skies of Blunderdome to broadcast their dire message this month.

Throughout three events over the next month and into May, you'll enter different timed events that'll grant challenge rewards including three costumes hand-selected by Showrunner Silent: the Satellite Stars! Each event will embody three traits, such as Adaptability, Logic, and Bravery, to test those specific skills to build the best Satellite team.

Between April 4 and 10, the Adaptability event will have you progress through challenges to earn the Star Princess costume, who is known to adapt to anything she sets her sights on. From April 18 to 24, you'll optimize your Logic skills to master dynamic obstacle courses. The prize is the Star Detective costume, famed as a keen thinker with an eye for detail and a quick thinker during the trickiest trials. Lastly, the Bravery event on May 4th to the 8th has you put together the final pieces of the Satellite by completing the Sweet Thieves' challenges. You'll have to earn enough points to get the legendary Star Guy costume, the brave Fall Guy from outer space sent to complete Satellite construction.

For the Fall Guy fans out there, there's a great bit of content swinging your way today. If you want more info on the patch, check it out here!

Yes, The Sims 5 Will Have Multiplayer, But Don't Expect It To Be An MMO

The game will be available on both mobile and PC devices.

The Livers come to Central City.

By Troy Blackburn - 5 days ago

It's a new year with new things in store for Rogue Company.

“Roblox has enabled us to create interactive shared experiences”

Microsoft Expects The UK To Oppose Its Activision Blizzard Acquisition