Today has been an exciting time for Warhammer 40K fans as more and more games roll out of the annual "Skulls for the Skull Throne" event. One of the surprises is a new free-to-play card game set in the Warhammer 40K universe called Warpforge.

Heading the development for the CCG title is Everguild who are the creators of the Horus Heresy: Legions card game (picture below) that was set during a civil war 10,000 years ago from the 40K universe's present timeline. Oddly enough, both games have a ton of similarities when looking at the visual presentation of their battles, but Warpforge definitely excels when it comes to the dynamic animation of their cards. Since Warpforge is under the same company as Horus, it's easy to imagine it'll bite off some pointers from the older game, but hopefully, Everguild will expand outside of playing things safe with familiar systems. 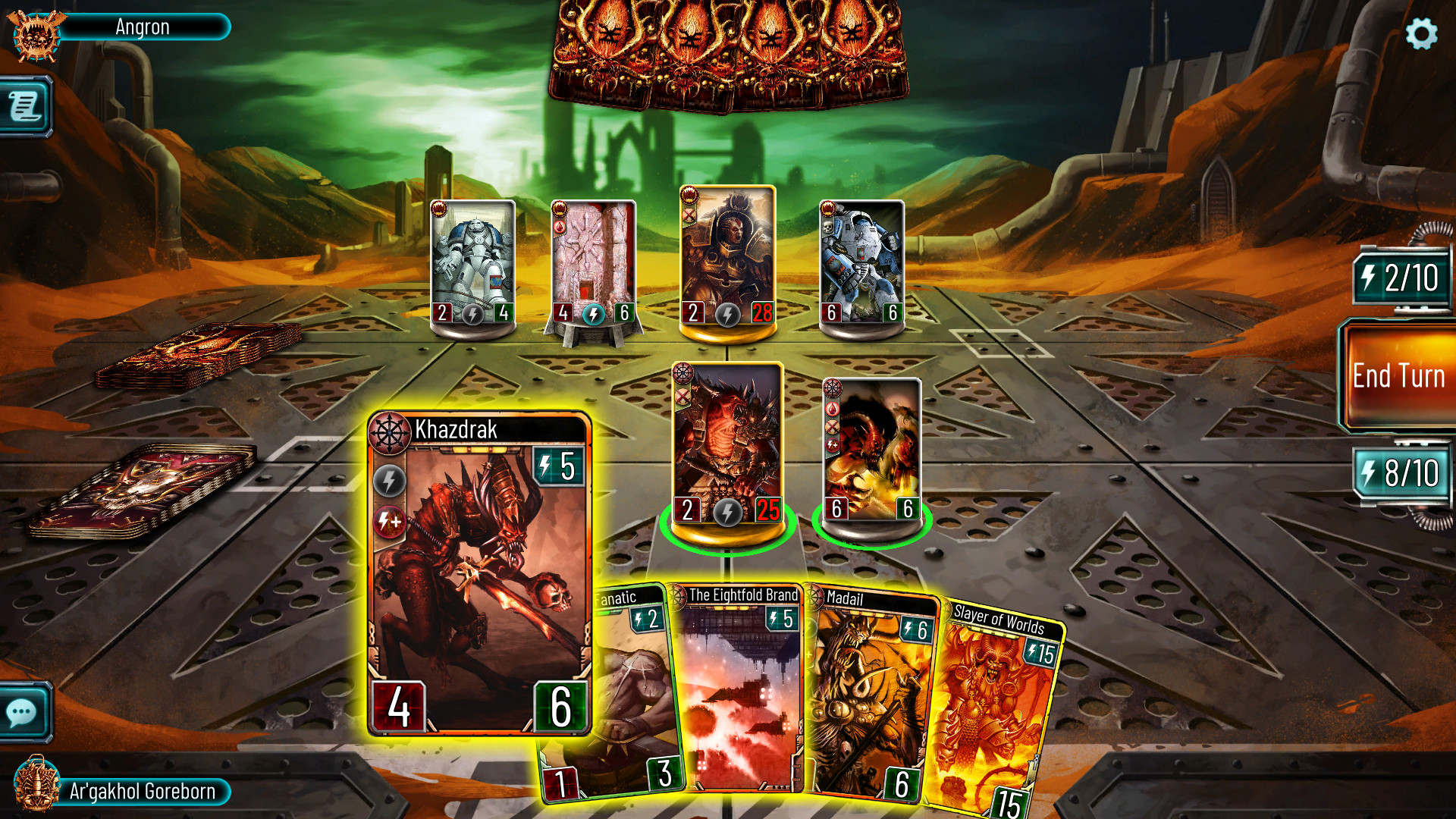 Warpforge is scheduled to release in 2023 on Steam and will have a mobile version come out later, reportedly with cross-platform support like Diablo: Immortal for players at home and on the go. The game will have single-player campaigns for each faction in 40K and has "competitive modes, in both regular [plays] and time-limited competitions with unique rules of engagement" for multiplayer. Then there are alliance war events that claim to be modes that only the "most seasoned veterans" can accomplish.

As with any CCG set in an almost endless universe, many Warhammer 40K cards based on factions like Chaos Space Marines, Tyranids, Necrons, Orks, and others will become available on the game's launch. Outside of the factions shown on the official announcement trailer on YouTube, fans of the series can possibly expect other armies to appear in later expansions/patches to flavor up their decks.

Live until November 29, so you've got plenty of time to jump in.

By Anthony Jones - 7 months ago

The long-awaited game mode is pushed back once more.

Fortnite’s iOS Version Is About To Become Even Worse

At the end of the month, they’ll no longer allow players to spend V-Bucks.