"Crossout warriors switch from armored vehicles and lasers to carriages and ballistas!"

Announced by Targem Games and Gaijin Entertainment, the post-apocalyptic MMO Crossout is getting a new battle mode that features medieval vehicle battles. Alongside this Knight's Mayhem event that lasts until May 12, players can grab a new armored vehicle with a unique impulse weapon and an epic level cabin from the "Polar Explorer" pack.

The Knight's Mayhem mode is an eight vs. eight battle between pre-assembled armored vehicles on several post-apocalyptic wastelands. There will be five models that players can choose from, each with "an important role in the battle," such as the highly-maneuverable Carriage that is best for capturing points on the battlefield. Ballista is an all-rounder vehicle that wields a long-range crossbow, while Bombard is a heavy vehicle best for protecting points with its sturdy front but suffers from going down due to a couple of rear attacks. Judging from the variety of vehicles, you can build team comps that fulfill how you would like to play best. 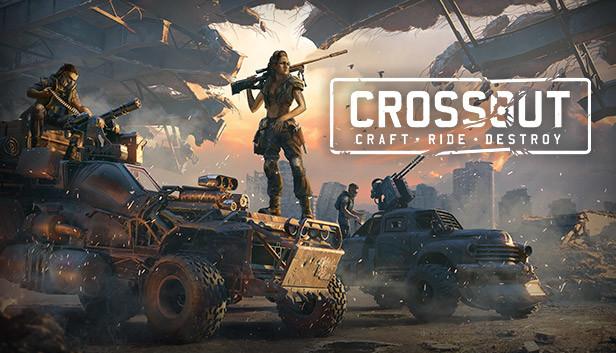 It also turns out a new unique armored vehicle called the Polar Explorer is now available. It "boasts a pulse gun" by the name of Astraeus and has "an epic cabin Ermak." Astraeus "can be overloaded, increasing damage to the enemy, but at the cost of damaging your own vehicle," rewarding players who enjoy high-risk-high-reward setups. The Polar Explorer pack with the vehicle will be available in the store until May 22.

Are you raring to go in the area with these medieval-styled vehicles? Let us know your thoughts about them below! And you can review all the nitty-gritty details on the Crossout website or check out the announcement video below.

The multiplayer gaming news world was wild this week with some really dumb decisions.

Return to Calus's Leviathan megaship and commune with the pyramid on the moon.

Players are also given a new way to flex their skills with new badges.

Players can expect weekly updates and buffs, nerfs, and changes to Overwatch 2.

The Wait Is Almost Over For Genshin Impact Version 2.7

We even know when 2.8 will arrive.

Roblox Is Partnering With A Medically Prescribed Video Game

This is a strong first step in what video games could do for the medical field.