Today, the co-op action RPG Dauntless by Phoenix Labs released patch 1.11.0 and introduced a new variant Behemoth to the game. Crystallized menace Lightbound Boreus has been sighted on Conundrum Rocks after the appearance of Lightbound Koshai, controlled by an unknown entity and powered by its inherent psionic abilities. As the newest Behemoth in the Shattered Isles, it'll be a challenging fight for eager players.

Lightbound Boreus is erratic due to its connection with radiant crystals and will often haphazardly stomp and tail slam at players, amplified in power by its crystallized body. Boreus has some troublesome abilities as well, such as Radiant Barriers that can protect itself or trap players within it and summon aether-charged minions that can be tricky to kill. Additionally, from the new Dire Discovery season, players will help Kat Sorrel figure out what's causing Behemoth variations to spawn across the Shattered Isles after the arrival of Lightbound Boreus. 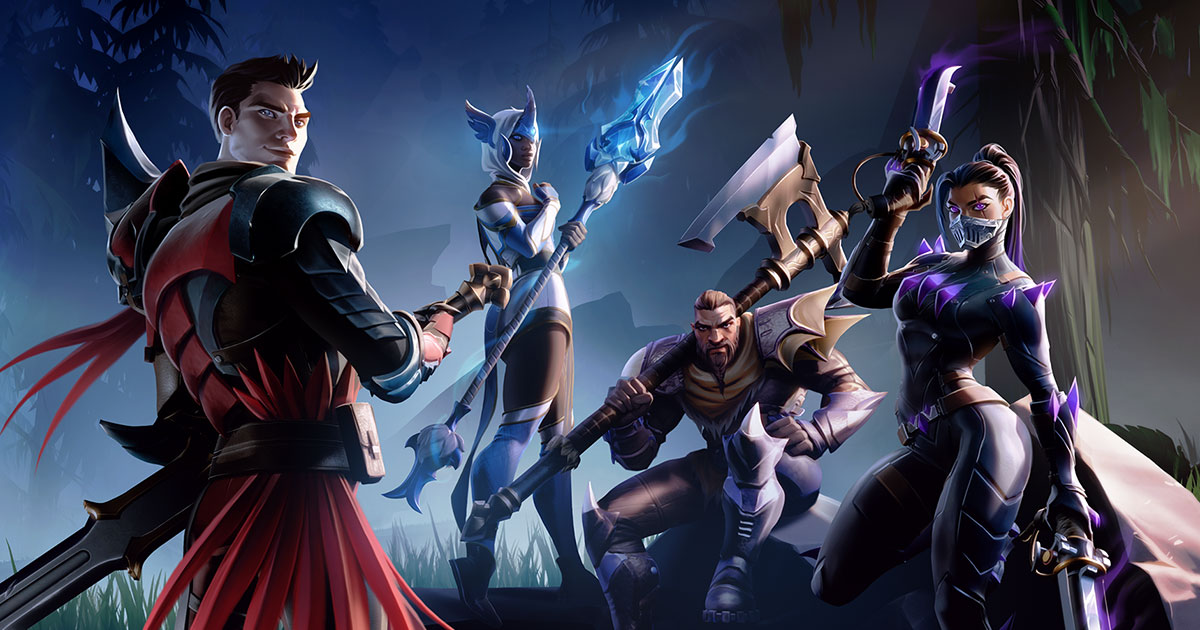 For reforge rewards, skilled players now can join the Adamant Fists and earn a special cosmetic armor set by proving themselves to the Scarred Master. Players can visit her in Ramsgate to start a series of quests but must have completed Milestone XII on the Slayer's Path and have all the Rezakiri and Shrowd armor to begin.

It wouldn't be a new content patch without some Hunt Pass love, so players can unlock the new Blaze Hawk Down cosmetic and earn a set of Blaze Hawk armor and weapon skins. In the Dungeon Delvers Hunt Pass, players can get their hands on the Wayfinder's armor set and weapons. Adding to the new Dire Discovery season are weekly challenges, platinum store offerings, and reward cache items. By collecting Relic Coins from season content, players can use them to unlock a set of Demon's Bane gear from the past Haunted Shadows Hunt Pass.

You can read the patch notes on the Dauntless website to learn more!

The game is slated to enter Early Access on Steam next year.

We're sure you can hop into the bathtub, and with all new performance.

"We're open to providing the same commitment to other platforms and making it legally enforceable by regulators in the US, UK, and European Union."