A good amount of new content is now live for players to experience.

Swords of Legends Online, the fantasy MMORPG based on Chinese mythologies, has received its latest massive update. Patch 2.1 brings a new story quest, plenty of zones to explore, a New Moon PvP Season, and more to keep players busy.

Live now, the new story quest begins with the Qin League receiving a strange and anonymous request for help. Players can start the storyline from the Cultivation Menu and, when it's complete, can earn item level 195 equipment for saving the day. While you're at it, you can venture through the new zones: Dragonstar District and Peace Domain: Realm of Light.

Dragonstar District is a realm of the Dracos, connected to various new zones and instances introduced to the game. Players can enter the zone through a portal on the Plateau of Torrential Fog in Cloudrise. The Peace Domain: Realm of Light, on the other hand, is the latest open-world zone. Autumn trees, waterfalls, and floating rock structures fill out the zone's marshy grassland. Developer Gameforge teased that players might want to "bring an umbrella," revealing weather elements might come into play. 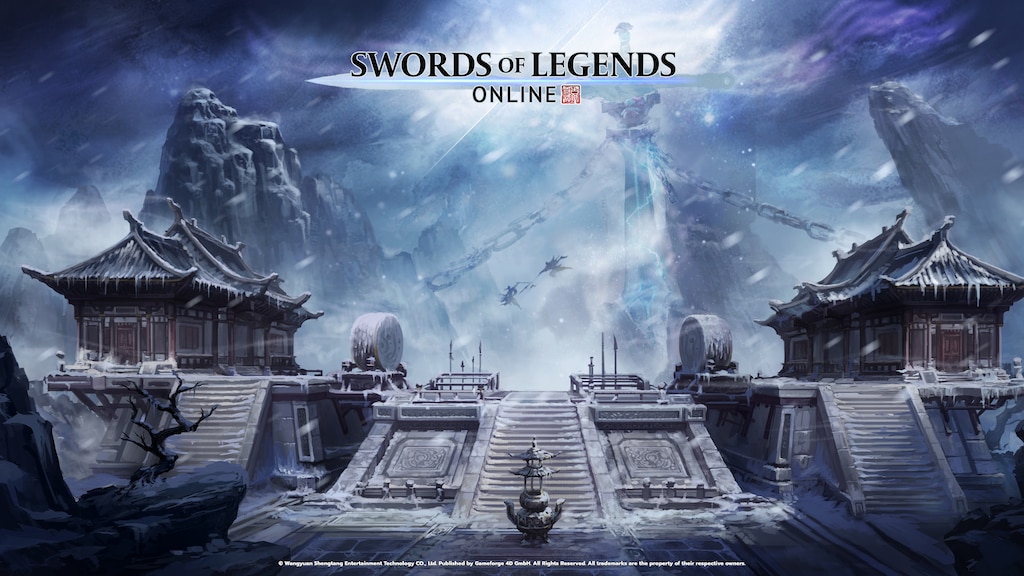 Three-Legged Sea and Wild Demon Isle are the two new Normal Instances, each requiring a group size between 5-10 players and drops level 210 equipment. Also, the loot eligibility resets daily for both instances. Players can look forward to additional dungeons and raids later in the 2.1 patch cycle.

For the PvP enthusiasts in Swords of Legends Online, the upcoming New Moon Society PvP Season will release next week. Loads of fresh content is coming soon, including exclusive PvP rewards and cosmetics. Additionally, there's a new battlefield called the Mirrorstone Cabin, splitting 20 players into four teams. The team with the most kills at the end of the 10-minute timer emerges victorious and gets rewarded with unique items exclusive to the content.

To learn more about the 2.1 updates, you can read the patch notes on the official Gameforge website.

Share:
Got a news tip? Contact us directly here!
In this article: Gameforge, Swords of Legends Online.

Companies like Bungie, NC Soft, and ArenaNet weigh in.

Applications to sign-up for the test are now available.

No release date has been confirmed for western servers.

The reimbursement will cost about $216.5 million.