In the face of last-resort union-busting meetings and emails, these employees aren't swayed.

The Raven Software and Activision Blizzard debacle seem to be coming to a head this month. Despite the many attempts to steer roughly 30 quality assurance testers at Raven away from unionizing, the employees told The Washington Post that their efforts are "disappointing and ineffective." With that type of statement alone, it's clear that Raven Software's QA testers will attempt to lead the company to unionize, but anything can change between now and their ballot deadline on May 20.

The National Labor Relations Board (NLRB) mailed out ballots to the QA testers at Raven during the pay period ending on April 16. They will count all votes on May 23 in Milwaukee during a live video conference. Since NLRB greenlit the union vote, the 30 QA testers voting have endured many forms of anti-union determent from meetings and emails. In one instance, management at Raven Software held a town hall meeting on April 26, stating that unionization would impede game development and affect promotions and benefits. Additionally, the employees received an email that read "Please vote no," and other consistent instances of union-busting. 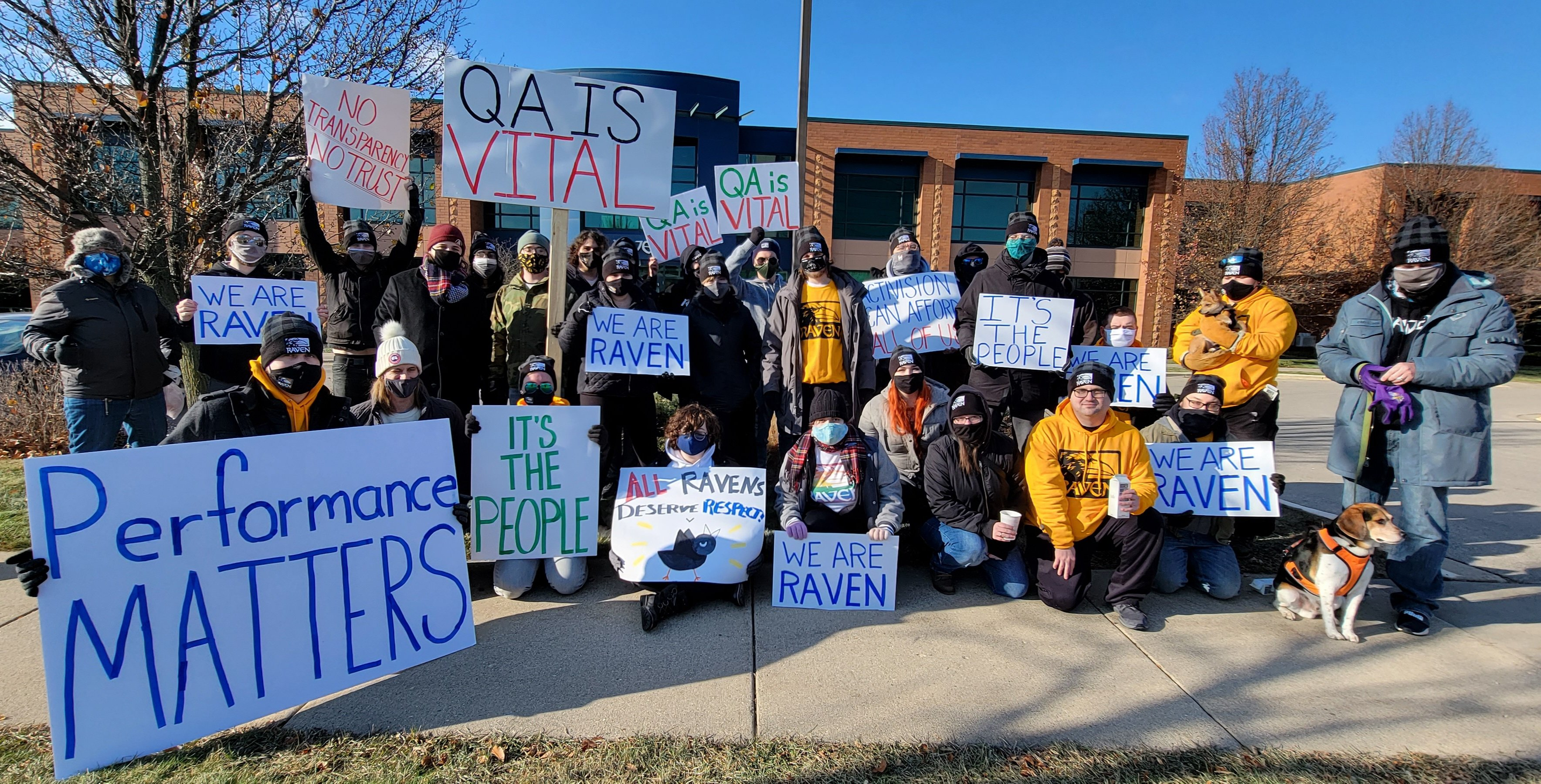 In the case of Activision Blizzard spokesperson Rich George on April 22, he stated to The Washington Post that the Call of Duty publishing giant is "disappointed that a decision that could significantly impact the future of [the] entire studio will be made by fewer than 10 percent of [its] employees." With that in mind, it's no wonder that Activision is adamant about rejecting unionization. But it is a tad unfair to single out a minority of the studio when Activision claims to "believe a direct relationship with team members is the best path to achieving individual and company goals." Unions don't crop up unless there's a disconnect between the company and its individuals, in which case, Activision failed at maintaining a close relationship with the members churning out their IPs.

As mentioned before, Raven Software's unionization won't be official until the ballot counting by NLRB on May 23. We'll cover the announcement when the day arrives to keep you abreast of what's happening. But what's your opinion in all of this? Let's talk about it in the comments!

Travel to Irminsul with The Wanderer.