The 5v5 PvP gets some love too, featuring two big changes!

There will be "notable improvements to visuals, audio, and animations" for the overhauled Magic Staffs. The new and older Magic Staffs in the game will have "reworked abilities [that] bring renewed depth and strategy," allowing Mages to have more diverse options in combat, whether that be to cooperate with teammates or to go solo. The devs at Sandbox discuss more in detail what to expect for Magic Staffs in their Dev Talk on YouTube.

Following that, the Outlands will have new Portal Towns coming that'll "extend the Royal Cities into Albion's black zones," proving to be a convenient mode of transport. Additionally, Castles and Outposts are getting "reworked layouts and graphics" to give them a more "immersive and unpredictable gameplay" element during guild warfare. 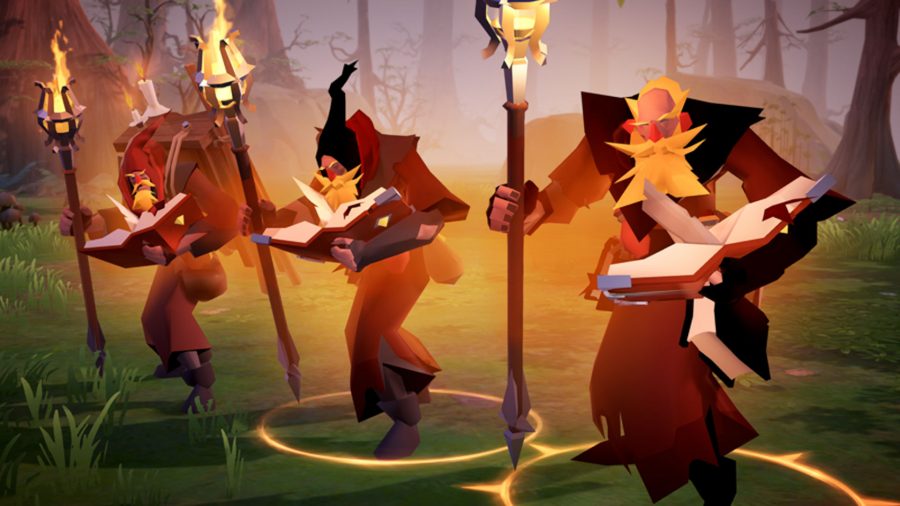 And speaking of warfare, Albion's 5v5 PvP scene is getting two new features on June 8: the ranked Crystal Arena and the Non-Lethal Crystal League, each offering players ways to participate and earn rewards like Wardrobe Skins, Fame, and Silver as they progressively win battles.

Closing out the update will be new timed Dynamic Events, which offer bonuses to participating crafters, gatherers, and fighters. Alongside that comes Activities UI that brings many quality-of-life improvements to Albion like Muted Player and Custom Match, and there's Lost Equipment Loadouts kickstarting June 8 for quick regearing on the fly.

We'll be there in-person to give you guys a closer look!

Sure, You'll Want To Avoid The Killer Klowns Themselves, But Beware Of The Lackeys That REALLY Make Things A Mess

You won't just be hiding from the "main baddies" in Killer Klowns, you'll also need to avoid the lackeys that do their grunt work.