And of course, sweet gear to show off to your friends or competitors.

Today, Phoenix Labs announced the new "Return To Light" update for Dauntless, introducing a new Behemoth to the game's large cast and bringing back gauntlet-style Escalations with improved mechanics. And, as always, new gear is coming and will be available for players to grab and show off at the hub.

The intimidating new Behemoth, Alyra, has an "almost musical" and symphonic roar that crescendoes before a "terrifying, deadly finale." Alyra's description from Phoenix Labs carries to the battlefield as it breathes hot flames or summons freezing winds. The Behemoth can change its "aetheric abilities" on the fly, creating all of the elemental glyphs except for Umbral. Phoenix Labs hints that Alyra's ability to siphon all kinds of aether "could mark the next evolution of Behemoth-kind." Players can hunt Alyra in the new "Melodic Convergence Island Event" on The Paradox Breaks and many different Escalations.

Speaking of Escalations, they are making a surprising return in the Return To Light patch, pitting players against back-to-back Behemoth fights gauntlet-style. Once players arrive at the distant "Avellanian Research Facility" after climbing an ancient temple, players will uncover the secrets hidden in the environment to get an advantage in battle. In the case of this update, these Radiant Escalations will feature new amps that can improve Slayer capabilities between rounds, such as turning banners into "an inspiring support item" or Earthshaker making "jumps into powerful attacks." 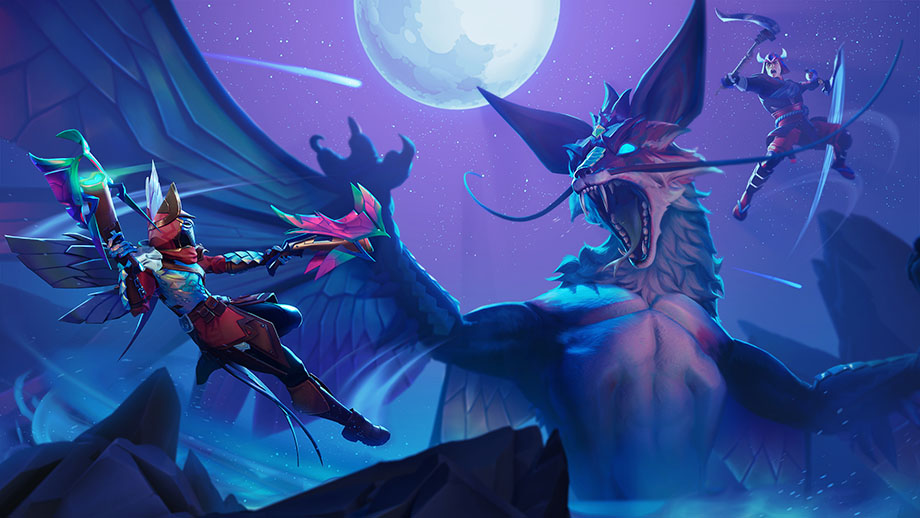 As players slay Behemoth Alyra, they can get parts to craft Glyph Weaver weapons and the Spellbound armor set. On lantern use, the unique weapon effect will spawn a glyph that charges after three seconds based on a player's current glyph type. Once charged up, the glyph will break when encountering a Behemoth. The Red Glyph will deal "1500 radiant damage in a radius" while the Blue Glyph "grants 150 stacking shield to all Slayers in a large radius," expiring after 25 seconds.

There's much more coming that you can read up on at the Dauntless website, including the 3rd Anniversary of the game. For three years, 30 million Slayers have journeyed across the Shattered Isles, and to commemorate the occasion, Phoenix Labs is throwing an Anniversary sale and community events. To recap the three-year gap, Phoenix Labs made a video (below) for its fanbase to celebrate the milestone.

The launch is accompanied by a new DLC pack, Molten Mirrors

Embark together in a new fantasy world.