Later in the season a new game mode called Cobalt Protocol will be unveiled.

Kakao Games and Nimble Neuron have announced Season 6: Beachside Splash for MOBA Eternal Return, bringing an all-new character, two transfer systems, and improvements to the game. The new season is now available on Steam or the Microsoft Store for all players.

The new character, Markus, will be a playable character in Beachside Splash, who is described to have a "strong persona, but maintains a heart of gold at the same time." Following his appearance are two new transfer systems such as "drones and consoles which can be used with credits." Players will earn credits by slaying the wild mutant animals or "test subjects" arriving with the new season.

The Season 6 check-in event is live until June 8 at 7:59 Pacific Time, allowing players to participate in roulettes to "win prizes from in-game currency to gaming peripherals" by finishing various daily missions. And just after the ending of the check-in event on June 9, the new game mode called Cobalt Protocol will arrive. It is a mode where two teams of four "battle in an objective-based match." You can get a sneak peek at the mode at the special site created specifically for Cobalt Protocol. 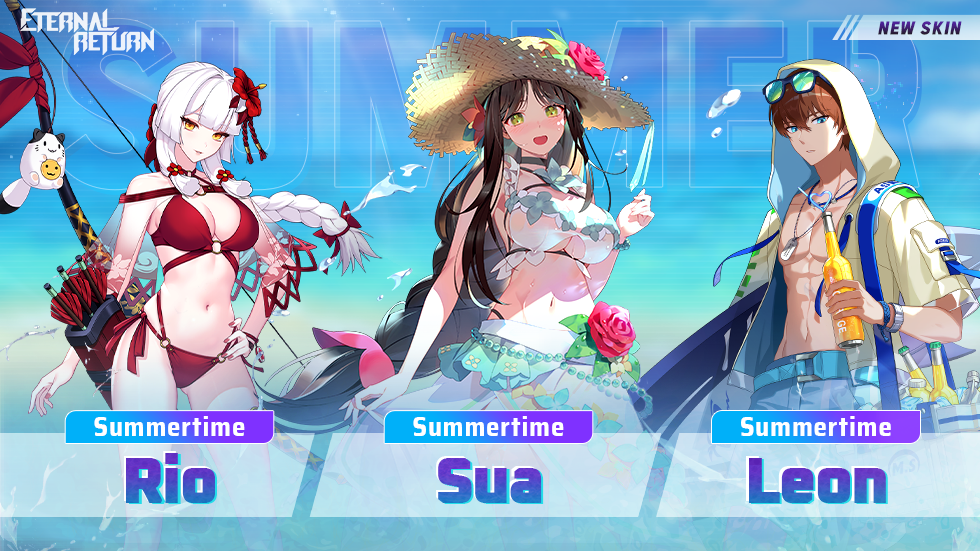 For those interested in collecting skins and emotes, the Season Pack for Beachside Splash is available at 50% off (9,900 NP) until June 8, coming with an ER Pass, four characters, 12 skins, and much more. You can learn more on the Eternal Return website.

At the time of this report, you have a bit of time to jump onto the stream happening at 9:00 p.m. Central European Summer Time on Twitch, where the developers give a closer look into all the new features.

Create a character in one of these new servers for a lot of rewards and events.