Sometime later this summer, another raid is heading to the game.

Swords of Legends Online, the free-to-play action MMORPG under Gameforge, has released the patch notes for Version 2.1.4. Within the month of the game's 1st anniversary, SOLO gets a new raid connected to the Realm of Light, "Realm of Hallucinations," and a beachy summer event in today's patch.

Players can locate the Realm of Hallucinations raid in the grasslands outside Tianlu City. About a thousand years ago, a swarm of demons perished in the area, yet a giant demon rose in their place and currently wreaks havoc under the influence of the Biyouji. Inside the new SOLO raid, players will encounter bosses with distinct abilities and mechanics, such as Cen Ying, Yun Wuyue, and Beiluo. 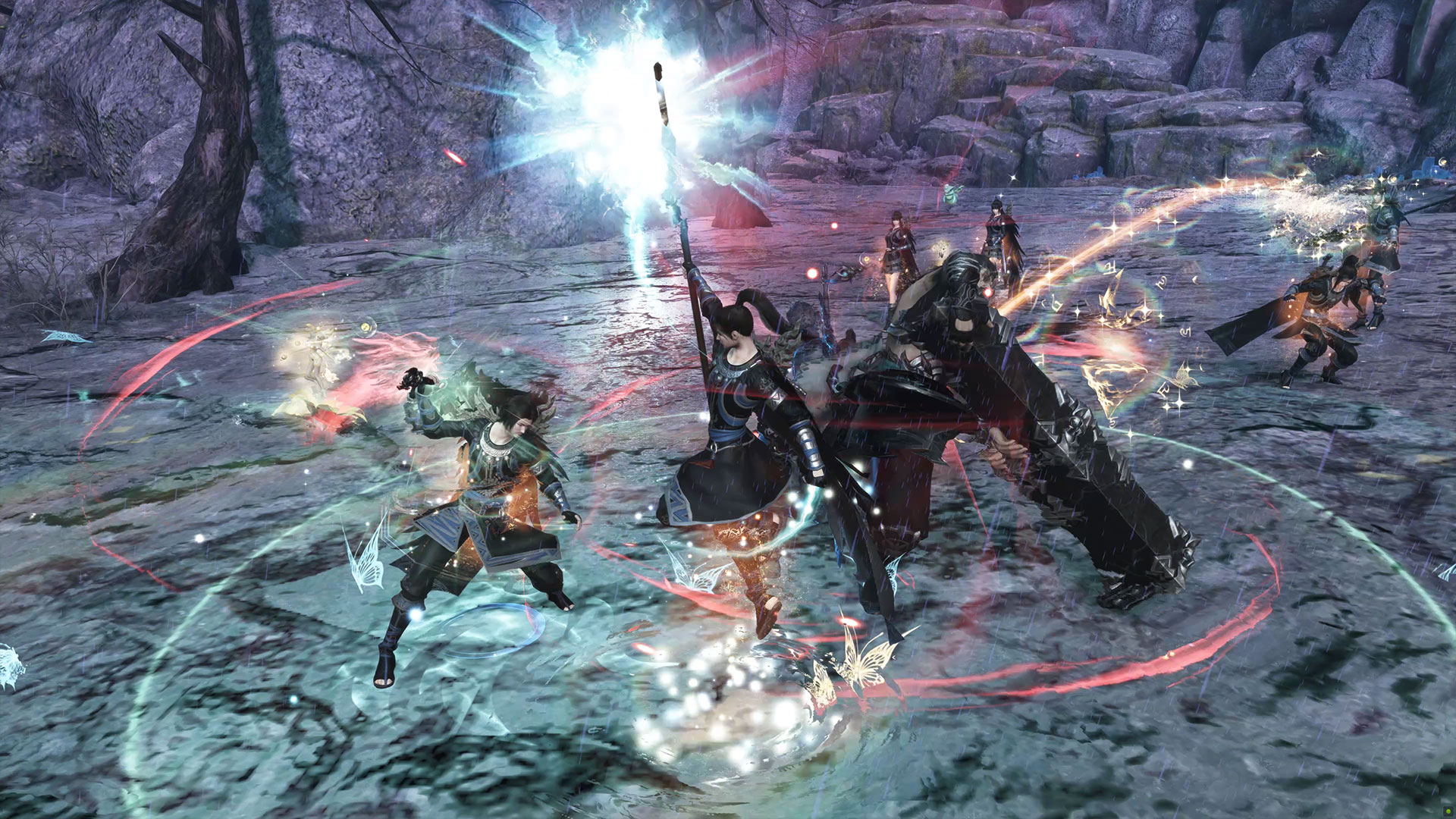 Right now, there's only a Normal Mode for the raid, requiring the usual group size of 10-20 players and loot will drop item level 225 gear with a weekly reset on Thursdays. The Easy Mode will arrive on July 17 with a gear pool that resets on Sundays. Heading to the game soon will also be another raid called "Realm of Destroyed Evil," but details about it are being kept secret and will be revealed in the future.

Starting today is a refreshing summer event on the Dragon Turtle Beach, running until August 4 at 6:00 a.m. Server Time. Those interested can pick up daily quests on the beach. For example, there's a "Treasure Hunt" quest to find a great treasure hidden in the sand and a "Duck Fight PvP" daily that has players fight with ducks to come out on top. Once completed, players will get tokens to exchange for event rewards like a yellow swimsuit or use them to get a Fat Duck Pet.

You can read about the Swords of Legends Online raid and summer event daily quests on the Gameforge website.

Share:
Got a news tip? Contact us directly here!
In this article: Gameforge, Swords of Legends Online.