ArenaNet released their planned August patch today for Guild Wars 2, kicking off another "Festival of the Four Winds" event and debuting some balance updates to round out classes and the new player experience.

As you might expect, there are new updates to the festival and rewards players can earn by completing dailies. Gaining Festival Tokens and Favors of the Festival allows players to exchange them for prizes like Zephyrite backpacks, a Sovereign weapon set, and other rare items.

Besides the festival event, the Kralkatorrik legendary variant skin collection is now available. Those who speak to Leivas after unlocking an Aurene-based legendary weapon can begin this collection. Other general additions with the patch include updating the models of the three Great Jungle Wurm bosses in the Triple Trouble meta-event and preventing stalling issues during the Ogre Wars meta-event by making certain friendly NPCs unwilling to die. 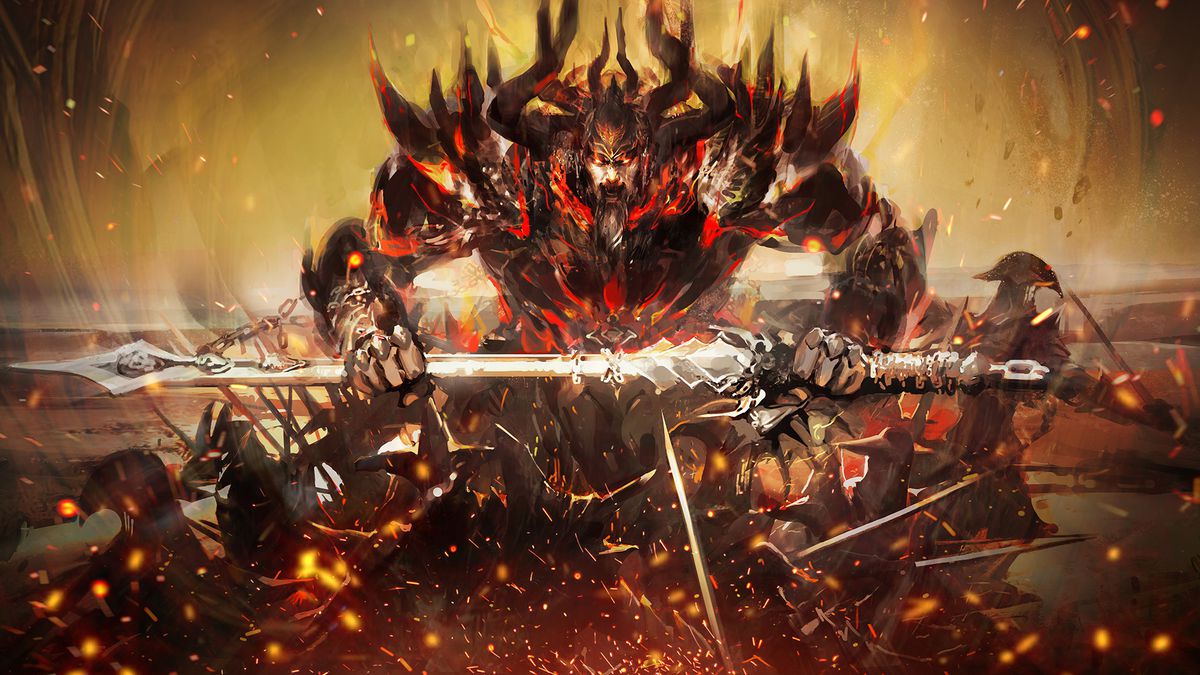 Additionally, ArenaNet put a lot of attention toward improving the new player experience in this patch. They've already shown some of that initiative from July's early world boss improvements and dedication to releasing Living World Season 1.

For this patch, they've announced that accounts with an expansion unlocked will be granted permanent access to the basic raptor mount after reaching level ten on a single character. It's a nice offer that even extends to those on play for free accounts, allowing them to get in a 10-hour trial of the raptor mount when they hit level ten. ArenaNet didn't forget the higher-leveled players, either. Those at level 80 and who have the Guild Wars 2: Path of Fire expansion can unlock the raptor mount's Masteries.

You can read the entire patch notes on the Guild Wars 2 website to learn more!

Auto hunt for rewards and experience in the new region coming this week.

By Michael Byrne - 22 hours ago