The devs also revealed a Summer Roadmap, showing all the major patch release dates to the end of the season.

ArenaNet is back as promised with a dev blog this month sharing a Summer Roadmap for MMORPG Guild Wars 2 that reveals major patches scheduled through the end of the season and previews content coming in next week's patch. Launching on July 19, the third episode of Living World Season 1 returns to Guild Wars 2, world boss encounters will see some improvements, and the Mistlock Instability system is getting adjustments.

Going back in time, Queen Jennah is once again preparing to wrap up a momentous speech to her loyal subjects and visitors but is unlikely to finish due to the nefarious Scarlet Briar's plans. Players will be able to re-experience the third episode of Living World Season 1 for free when it launches. Continuing the trend of past Living World Season 1 content patches, all episodes will become permanently available and have their original achievements and new ones that players can complete to get rewards.

In the July 19 update, world boss encounters are getting some well-deserved love from the devs. As one of the main encounters in the game that bands players together, ArenaNet wants to improve some of the earlier bosses and make them match their current design standards. 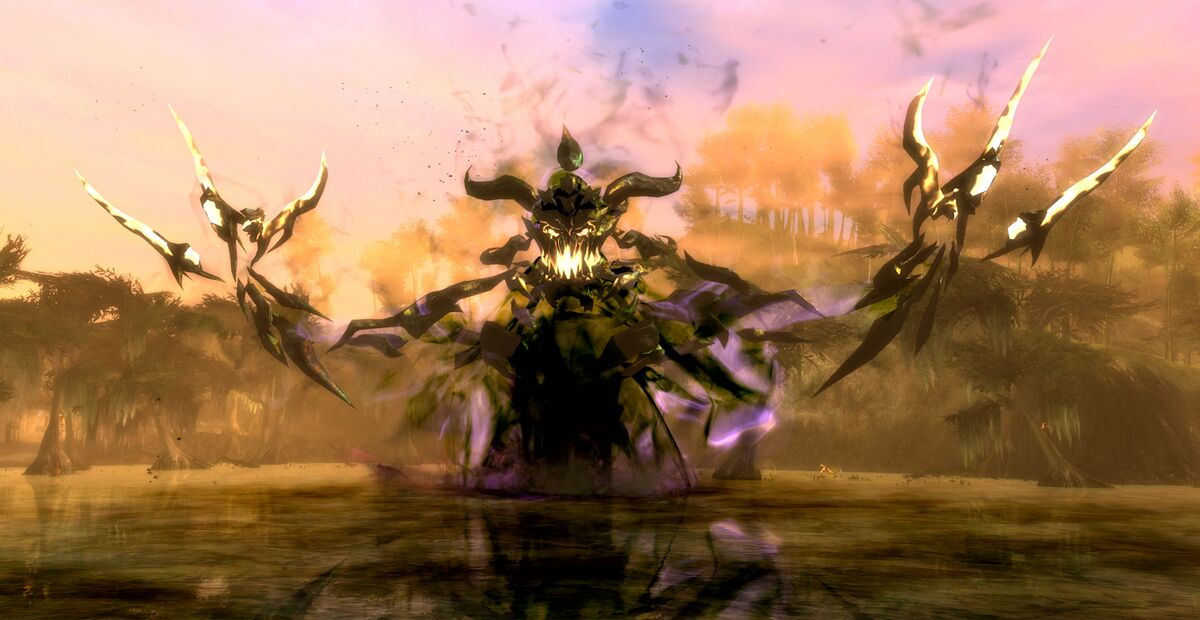 New players coming across the Great Jungle Wurm, Shadow Behemoth, Svanir Shaman Chieftain, and Fire Elemental world boss events will now see skill telegraphs and defiance bars, improved encounter mechanics, and rebalanced health pools for these mobs. Additionally, their models will receive some texture quality updates, and one champion loot bag will be added to the completion rewards for each world boss event.

The Mistlock Instability system was intended to keep Fractals of the Mists fresh and capable of providing additional challenges for players, but there's been more frustration with the system rather than a fun challenge. The devs are making adjustments for next's week patch, reducing the frustrating difficulty spikes, rewarding players for taking advantage of positive play opportunities, and increasing synergy between all instabilities. The release notes on July 19 will dive deeper into the exact changes for the system.

On the dev blog, the Summer Roadmap starts with the July 19 patch and has three more major updates after it. August 2 brings Festival of the Four Winds, Kralkatorrik Legendary Weapon Skin Variants, and a Balance Update. August 23 will be a patch centered around Guild Wars 2's 10-year anniversary, while September 13 debuts episode four of Living World Season 1. Apparently, there are some surprises coming within some of the patches, so there's bound to be more in those content updates.

Explore an old Templar enclave in the latest roguelike league.