Players can now fully transform any map in Enlisted with the new Mission Editor feature on PC.

One of the rocket tanks is an American Calliope, the legendary M4 Sherman equipped with a 114mm rocket launcher on top. Players taking advantage of this vehicle can quickly lay waste to footmen on the battlefield and its tank gun is the perfect counter against enemy vehicles. Another rocket tank available is the German Panzerwerfer 42, using a lightly armored platform and carrying a machine gun that can spray down infantry. 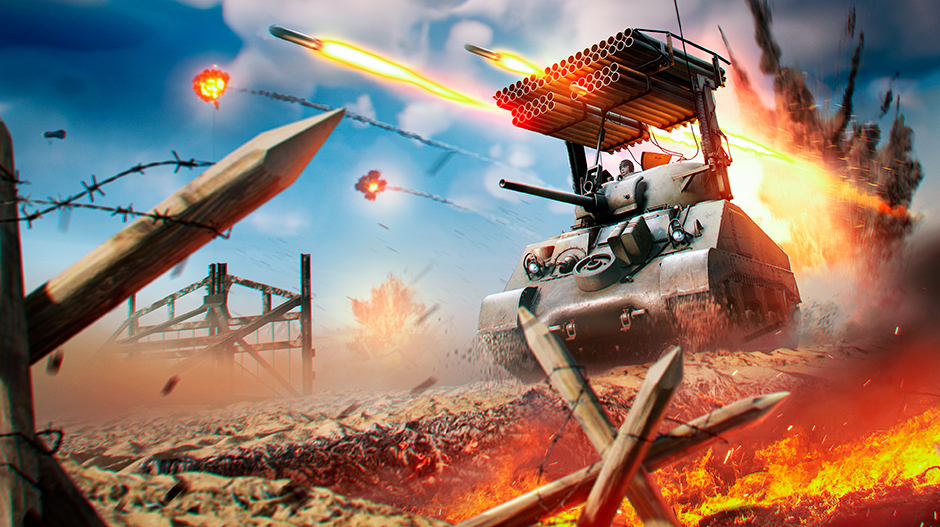 Also, on these war-torn battlefields, players can get their hands on new weapons like the ABC-36 automatic rifles with sniper scopes or the Kar98k barrel-mounted grenade launchers. Additionally, Burning Sky introduces a new "Confrontation" mode, allowing two teams to advance units into their respective strongholds. Players can choose to play defensively and dismantle their opponents' forces bit by bit or go all-in and commit to a frontal assault to win the battle.

Another surprising addition to the Burning Sky update is the Mission Editor feature for PC. It's now possible to take any Enlisted location and transform it beyond recognition. Players can mess around with the landscape, add or remove objects, and finally create mission scenarios within those creations. Moreover, spawn zones can be manipulated, capture points can have their settings adjusted, and mission rules will be modifiable.

Is there anything in the Burning Sky update that piques your interest? Let us know below! You can read the update notes on Enlisted's website.

The event kicks off today and runs until October 4.

Hopefully, this is the first commission of many for longtime WoW fan creator Hurricane.

And yes, the next Live Letter will be part of it.

Wands and swords, minions and towers. It’s all here.

New 6v6 Hero Shooter Gundam Evolution Launches On Steam Tomorrow, But The Download Is Up Now

Ahead Of Full Release, Dual Universe Opens Up Free Trial Server With "No Limitations" On Steam

New players can test the waters in a Free Trial Server.

The Cycle: Frontier Prepares For Its Second Season With An Explosion