The first developer diary for Deathverse: Let It Die aired on YouTube for eager fans starving for information about the game. The video revealed the skateboarding skeleton Uncle Death from 2016's Let It Die having a chat with Deathverse Director Shin Hideyuki about the game's development and the studio where the magic happens.

Deathverse: Let It Die was previously announced last year as a PlayStation exclusive coming sometime in 2022. Details have been bare bones from publisher GungHo Online Entertainment and developer Supertrick Games, but finally, for those interested, the first developer diary gives some hope for this project. 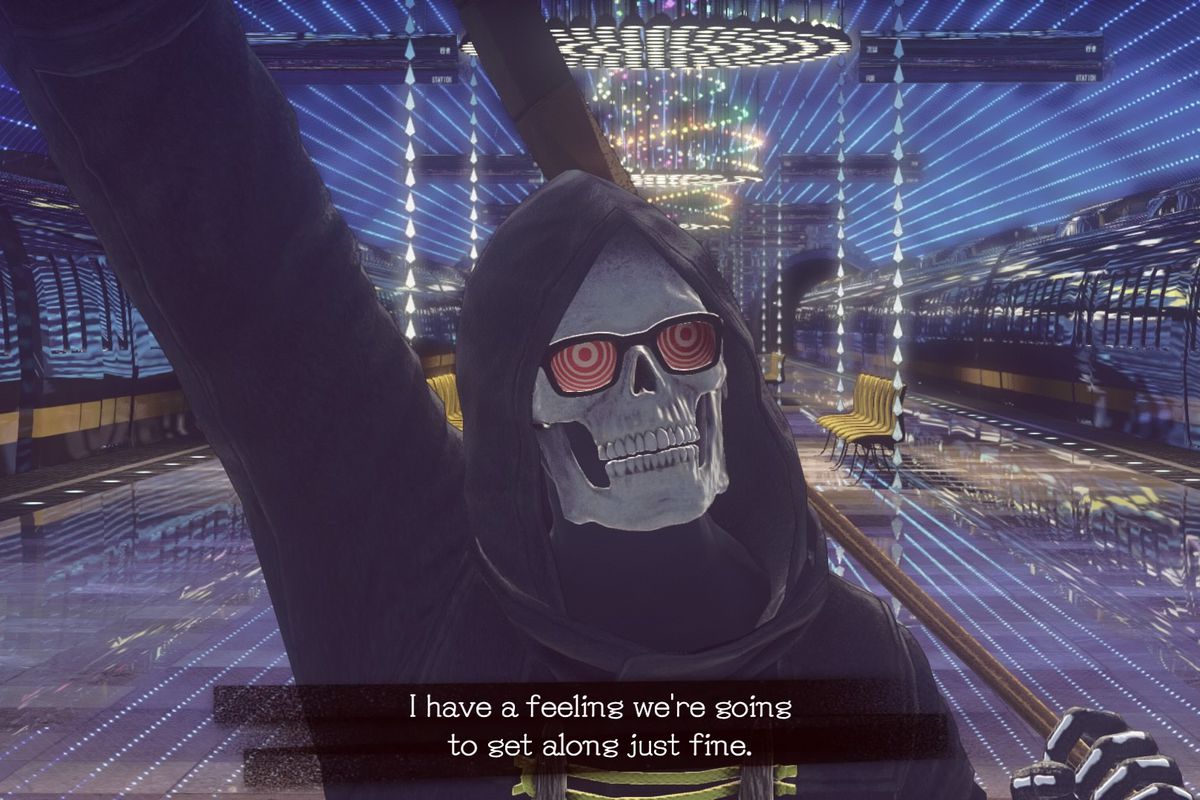 The developer diary video opens up with the enigmatic Uncle Death taking viewers on a tour of the studio space, including its snack-riddled pantry and the development server. Later, Uncle Death finds Deathverse Director Shin Hideyuki, asking him about the studio and the creation of the Deathverse: Let It Die project.

As it turns out, most of the developers that populate Supertrick Games are from Grasshopper Manufacture, which made the original Let It Die. To further the outlandish and experimental nature of the series, Supertrick was born with Deathverse: Let It Die being a sequel to the previous title. Hideyuki assures fans that development is now in full swing for Deathverse: Let It Die, which from its 2021 trailer hints that it plans to go for a more melee battle royale-ish route with maybe a few RPG elements from 2016 Let It Die added in.

However, that is mere speculation because the project is still shrouded in mystery when it comes to what players can do and expect. We'll have to wait and find out more in the future!

Through this investment, Kakao Games plans to secure development capabilities for Cloud-Native games and a metaverse platform.

A “Toadlly Awesome” Update is on its way.

Nothing is stopping you from applying, but unless you can get to or live in South Korea, you likely won't be picked as the test is in-person.

By Luis Dobreira - 18 hours ago