The Fortnite Team from Epic Games just announced that one of the most influential hip-hop groups, Wu-Tang Clan, is bringing some sick merchandise to Fortnite Island on April 23 at 8:00 p.m. Eastern Time. You'll be able to grab new Wu Wear outfits, pickaxes, gliders, and much more.

Currently, there are two Wu Wear outfits you can grab, each with matching accessories. Both have a neat function. The B.R.I.T.E. Outfit and the Throwback BG Outfit allow you to switch between wearing a snapback hat or showing off your hair in the arena. However, each comes with a different pickaxe; the Triumphant Tagger Pickaxe for B.R.I.T.E. and the Neck Protector Pickaxe for the Throwback BG. 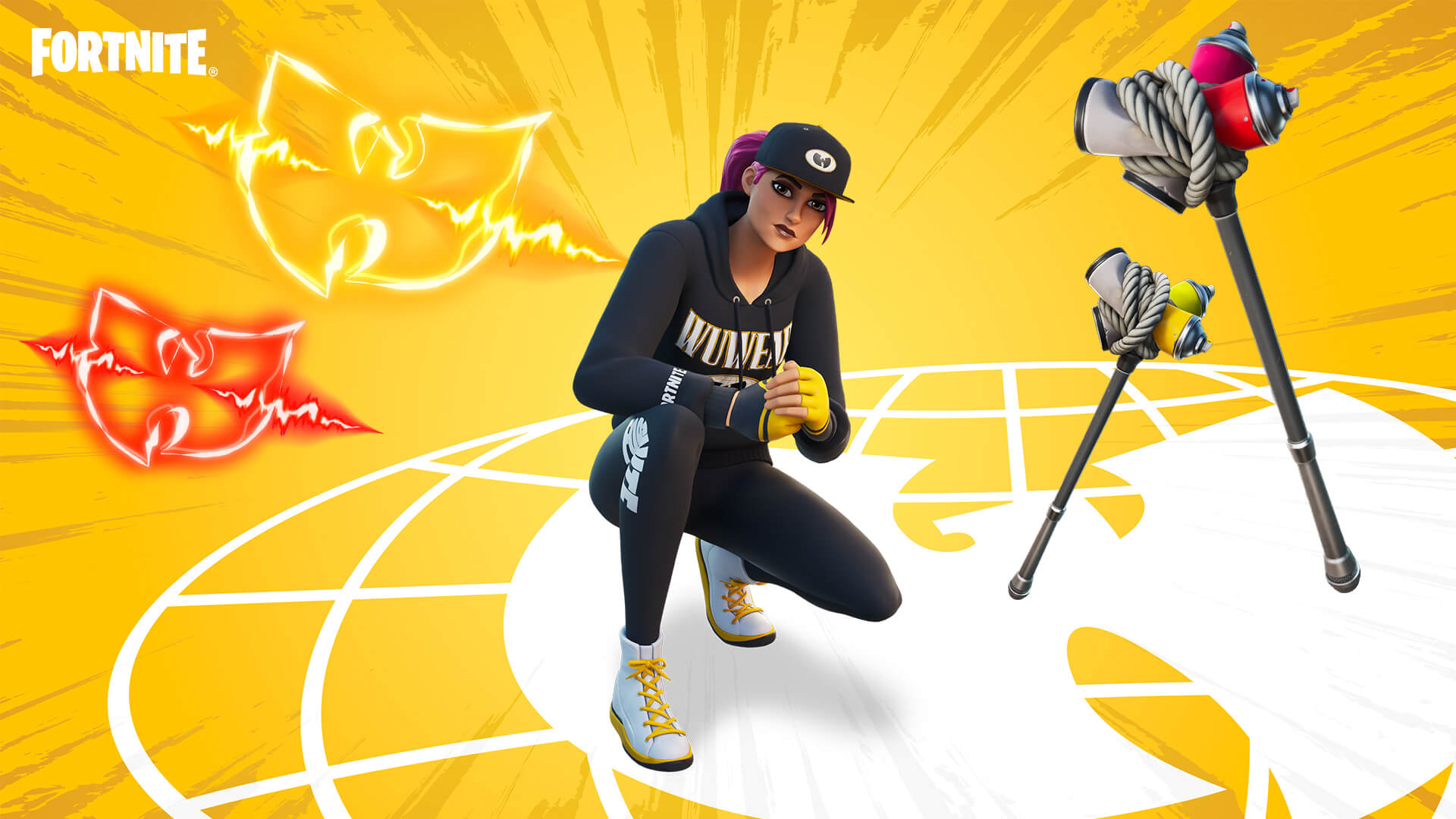 To complement those outfits is the Shimmy Surfer Glider, which comes with a Ruckus Red alt version and a Wu Wrap. The show-stealer and likely the next victim to be spammed to hell and back is the Wu-Tang is Forever Emote, making in-game characters throw their hands in the air with the iconic W-formation. We have a video below for you that shows that off.

The Throwback BG and B.R.I.T.E. Outfits will be available individually or together in the Wu Wear Bundle. Also, the said bundle includes the Wu-Tang Hands Emoticon and Wu-Tang Style Loading Screen. However, the accessories like the Shimmy Surfer Glider and Wu Wrap are in the Wu Wear Gear Bundle.

You can find a list of screenshots and specific details on the Fortnite developer blog.

Flintstone 1 month ago
There will be news one day..

Fortnite pours trash can on itself leaving no chance left for a clean up.

Blizzard Deals Out Nerf (And Refunds!) To $25 Diamond Card Drek’Thar

No need to pick up your pitchforks just yet, Blizzard gave a pretty great apology gift.

In celebration of the update, players can also get a free Stormwing pet.

The Quarry’s Online Multiplayer Mode Has Been Delayed