Going over two decades strong, it was only a matter of time.

Jagex was stunned to learn that RuneScape had passed 300 million created accounts and today announced they will be throwing an in-game Party Event throughout August to celebrate the massive milestone. Adding to the festivities will be a Double XP event starting on August 12.

"This is a moment to celebrate all of you who bring this world to life and mark yet another milestone for the history books," said the developer in an announcement post. "While not every account represents a unique player, each one represents someone's time, effort and interest in spending time in this world. That's pretty darn awesome and we'll never forget it."

The big Party Event in RuneScape is now available with a host of exclusive cosmetics to collect. The Grand Exchange will hold the event, where players will assist Party Pete with cleaning up Balloon Fragments he miscalculated putting up around the zone. Players will gain balloon fragments by playing the game, such as earning XP and using Treasure Hunter keys. 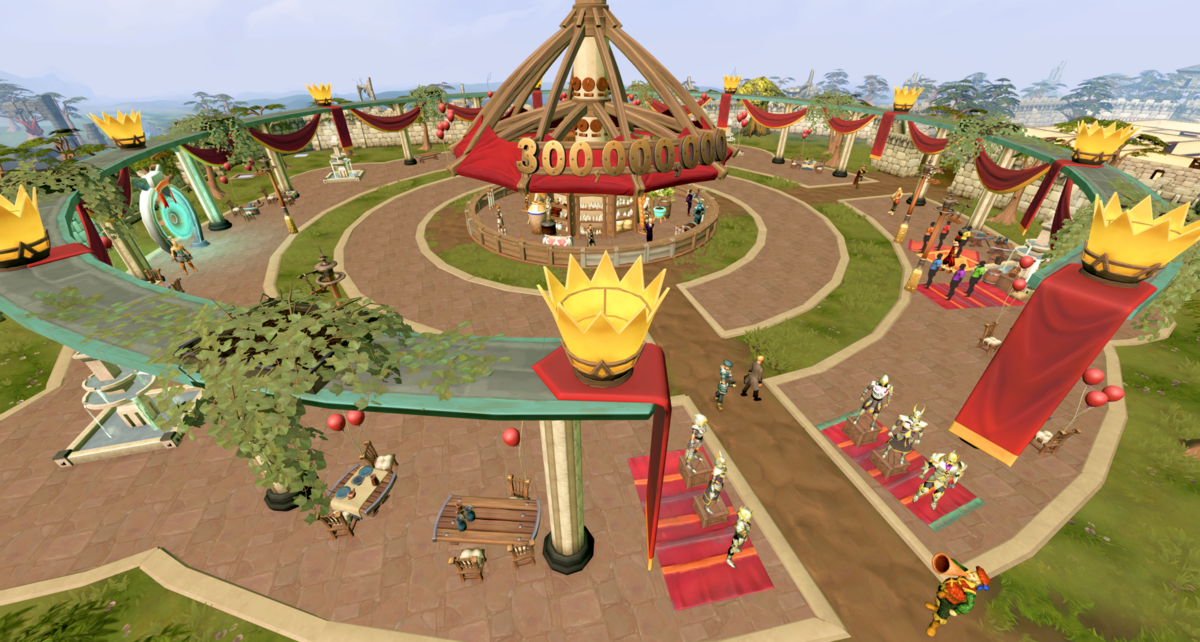 For every 200 fragments returned to Party Pete, players will get a special balloon filled with exclusive randomized rewards that may drop cosmetics, GP, and other rewards. Making things a bit complex are the colors of these special balloons, from white, blue, or purple, but the gold balloons will always drop a token for one of the Platinum Armor cosmetic sets or 300 million GP. Though, once a day, players can claim a free balloon from Party Pete, which could be an easier way to earn a gold balloon.

While players are racking up balloons, they'll also enjoy some Double XP this Friday until August 22. Titled "Double XP LIVE," the event will run for ten days, but players can only use the Double XP within a 48-hour window. Thankfully, the Double XP timer is pausable if a player wants to stop and do different activities in-game. However, for those who won't be using all of their time, one hour of the Double XP time can be traded for credits with Nic The Trader.

You can read about the 300M Party and Double XP Event on RuneScape's official website to learn more!