Void Empress Bel'Veth Is The Next Champion Coming In Patch 12.11 For League Of Legends

27 other champions will get some buffs and nerfs in tomorrow's update.

Riot Games, developer of the juggernaut MOBA League of Legends, released the 12.11 patch notes today, which unveiled Void Empress Bel'Veth as the game's new champion. Bel'Veth arrives in League of Legends tomorrow at 1:00 p.m. Pacific Time and the patch comes with a list of buffs and nerfs for 27 other champions.

Bel'Veth is the leader of the Void and "a character that would evolve the Void and bring in more storytelling potential" for League of Legends, as Riot Games notes on their Champion Insights blog. The champion operates best as a jungler due to her fast-paced gameplay, dashing around and whipping her tail at the opposition.

Bel'Veth's unique passive, "Death in Lavender," allows her to gain permanent bonus attack speed after downing a large monster or champion. In fact, she doesn't have an "attack speed cap; however, her attacks and on-hit effect deal reduced damage." Her ultimate is "Endless Banquet," which can be used with her "True Form" transformation skill to increase her max health and speed drastically and lets her pass through walls with the "Void Surge" ability. 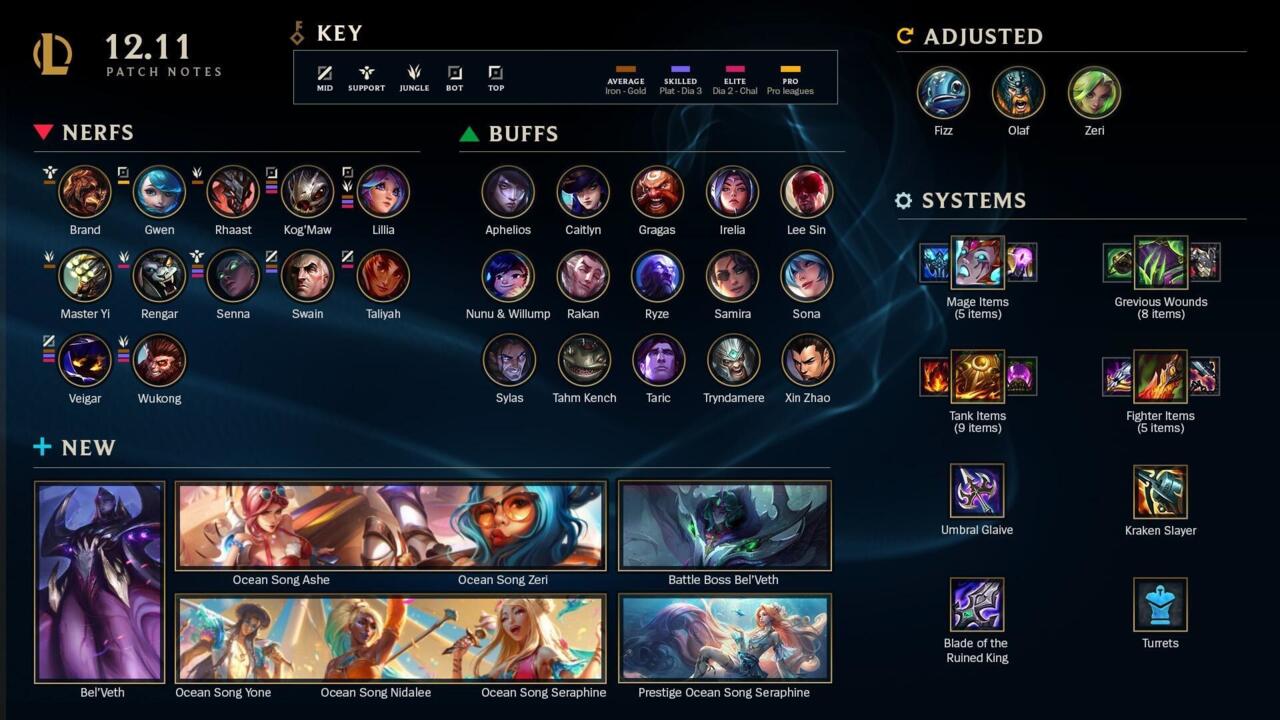 As mentioned earlier, 27 champions will receive some updates in the 12.11 patch. For example, the recently added champion Zeri still faces some nerfs, but they have lessened. Lee Sin gets a nice damage buff to his Sonic Wave/Resonating Strike, with 14 other champions generally receiving improvements across the board. Champions like Swain, Veigar, and Wukong weren't so lucky, though, receiving nerfs to abilities from their kit.

Thinking about trying out Void Empress Bel'Veth tomorrow? Let us know below!

The game is also currently discounted in the Steam Summer Sale.

Players with musical talent can look forward to the inclusion of 5 new instruments.

By QuintLyn Bowers - 21 hours ago

Continue your adventure or boost right to the new content.