Or they might be prepping for the handful of planned live-service games.

Sony Interactive Entertainment has filed a new patent that details an MMO-like processing system. The patent reveals a series of networks, compute units, and the game cloud system working together as a processing unit that can surpass its predetermined limit. In simpler terms, this means Sony is creating a multi-leveled, interactive game engine that would complement the scale of an MMO.

That's the hope, anyway, since it's also likely the processing system might help forward the company's foray into multiplayer live-service games and bring third-party titles like them to PlayStation 5. President Jim Ryan confirmed that Sony aims to release 12 live-service games by the end of the fiscal year 2026, so it's a no-brainer. Though, it also indicates that MMOs aren't totally out of the picture, with games like Final Fantasy XIV and Warframe going strong on PlayStation platforms and that might sway them to bring in third-party MMOs. 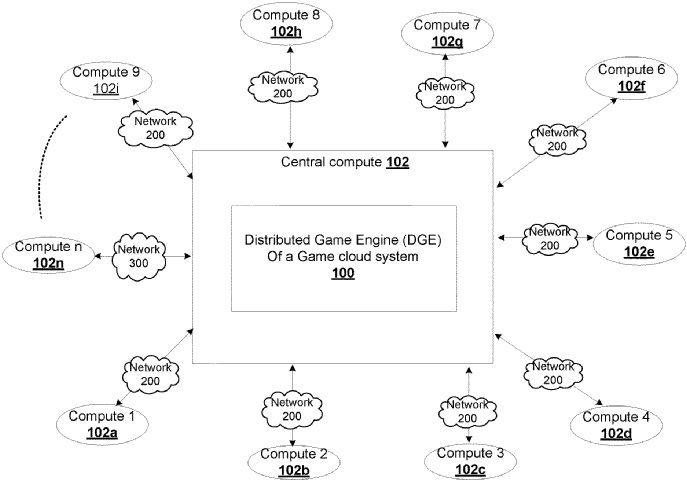 According to the patent diagram released by Sony, the various computers chained to the game engine will adapt when faced with an overwhelming amount of users. Within whatever region or subregion users are based, the game engine can surpass its predetermined limit and assign additional computes to continue processing interactivity in-game. For an MMO, especially the bigger ones of today, the processing system aligns with the technical demand those games need. If Sony could pull it off, many future MMOs could become more console-friendly and open doors for cross-platform titles.

What's your take on this new system? Let us know below!