World of Warships developer and publisher Wargaming is launching a boatload of content this week for both PC and consoles. There's a new fleet of French Cruisers and Azur Lane content for PC players and console fans on the Legends version get some love with new Pan-European Destroyers and a five-week campaign mode!

The latest season of World of Warships PC will introduce three new French Cruisers: Tier VIII Cherbourg, Tier IX Brest, and Tier X Marseille, "all complete with large-caliber guns and deadly close-range firepower." They are available to Early Access players. Alongside the French ships is returning Azur Lane content, starting on May 27. Those who participate will get ship camouflages for the Iowa, Indomitable, and Shōkaku, "alongside [six] new commanders including the famous Bismarck and New Jersey," with their signature flags. Due to the new items, the ALAurora and ALAzume will "expand the roster of Azur Lane ships in the game." 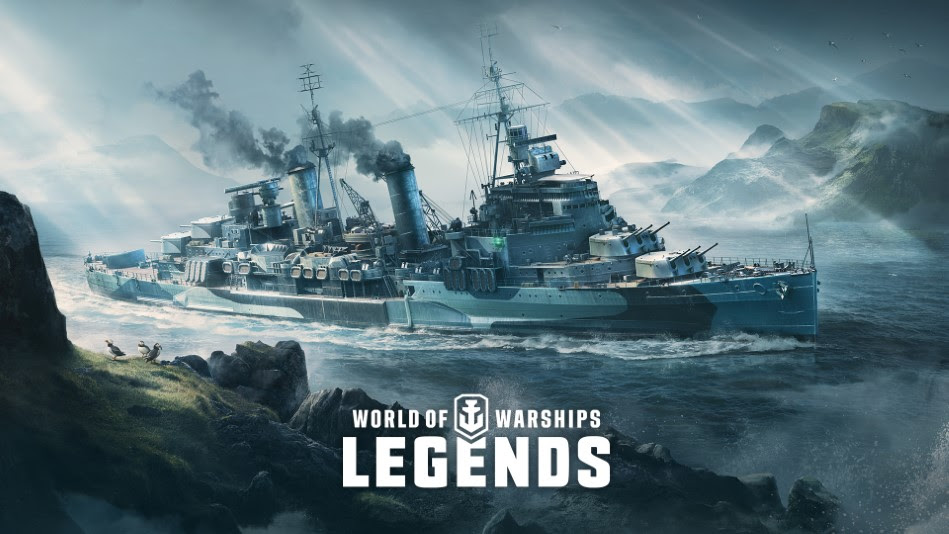 For console players in World of Warships: Legends, "seven Pan-European ships [will] drop anchor in Early Access." The update introduces one Polish cruiser and six Swedish Destroyers, "ranging from Tier I Gryf and Tier VI Skåne." Also, two new Commanders will join the ranks: Pan-European Commander Conrad Helfrich and Destroyer Commander Stig Hansson Ericson. Moreover, Tier VII Östergötland and other Destroyers within its line will be "fully researchable at the beginning of the next update" for console fans.

A unique campaign, Back to Belfast, will launch as part of the update as a five-week timed event. By completing the campaign with Admiralty Backing still active, players will "acquire a powerful Tier VII version of the iconic cruiser: Belfast '43' for their efforts. A new auction system is coming, too; hoping to help circulate a diverse range of items between players who bid doubloons and credits on community lots. And of course, the update brings three new areas, as usual, with up-and-coming seasons, but this time, the Arms Race bonuses are returning.

There's a lot to unpack with updates on both sides, so make sure to read the World of Warships PC and Legends website for more info. And if you've been a longtime fan of the series, let us know what you think about this update!

Share:
Got a news tip? Contact us directly here!
In this article: World of Warships, Wargaming, Azur Lane.

Bots were a big problem the team wanted to get a grasp on, too.

Seems like the devs are trying to bring in a new crowd for its upcoming Worldslayer expansion.

Also highlighted are the Secret Sea hunting ground and manamechs.

Yep...and chat will be recorded for use in player reporting.

The time has come to take on the Vykas Legion Raid after a small maintenance time delay.