Welcome to the first installment of the Game Design Spotlight, a weekly piece where I examine the design elements of various MMO titles from player-friendly inventory management to controversial time-gated systems. While explaining how these features were born and are used in-game, I'll also dive into how it impacts the player base in question and if it boosts the game's central themes as an MMO experience.

Today's story puts my lens directly on Final Fantasy XIV's Adventurer Plates! Somewhere between a "calling card" and an adventurer's business profile is the best way to describe Adventurer Plates, but it's hardly so stiff in practice.

From the image above, you can see there's not a lot of business there, with most going for a goofy, epic, or effects-filled shot of their character and a few toeing the line as NSFW content. Whether a spicy pic of a pixelated butt or a tame headshot with sparky visuals, the feature truly nails what players crave in MMOs and magnifies FFXIV's central theme of putting the player front and center. Here, I'll take you through its history and explain why that is.

Game Director and Producer Naoki Yoshida teased in March this year that a new profile display feature previously known as "Calling Cards" would enable players to customize character portraits. However, during Live Letter #69, Yoshida couldn't show a preview of the feature since it was incomplete.

Fast-forward to April's Live Letter #70, and the now-called "Adventurer Plates" unexpectedly resurfaced again as a headline announcement with other miscellaneous additions. Before, player reception was mostly nonexistent since no one knew what to make of it. Although finally seeing the potential of personalizing character portraits among other customizations, it gained some traction with players and, surprisingly, had some depth. Players could unlock different decorations to adorn their Adventurer Plates, select time frames when they'll mostly be available in-game, jobs they primarily play, and the kind of content they look forward to doing. The Adventurer Plates' background, borders, and placement of elements are also customizable but require players to complete quests and duties to unlock additional designs. For instance, players can exchange Trophy Crystals from PvP to get role-specific Adventurer Plates from the Crystal Quartermaster in the Wolves' Den Pier.

What stole the show was the Portrait function, however. Players could take a picture of their character and adjust the lighting, colors, angle, focus, and more...similar to the already implemented GPose feature. Moreover, 20 Portrait slots could be saved and tied to gearsets. These Portraits would help players stand out whenever someone viewed their Adventurer Plates and ended up used in the Crystalline Conflict PvP mode. At the start of a match, participating players' character portraits would display to teammates and the opposing team.

As stylish and player-friendly as the feature was, the first week of its implementation was quite controversial across the community.

Outlets like PC Gamer picked up how it was an "absolute hit with players" on launch day but noted plenty of them had "compromising angles to make it look like characters are performing various sexual acts." FFXIV content creators like Zepla weighed in on the absurdity of the sexualized Adventurer Portraits but also ran a poll on Twitter to gauge where players stood with the fiasco.

After over 26,000 votes, the poll still says that the majority are okay with Adventurer Plates being "lewd," with the minority halfway to 20% voting no. As you might expect, publisher Square Enix banned NSFW Adventurer Plates and Portraits.

Twitter user @runavanilla shared an in-game message from an FFXIV Game Master that confirmed it was a bannable offense. "Any content that we consider inappropriate or sexual will be immediately removed and the appropriate account action will be taken against the service account, up to an account termination,” said the GM.

saw this, adventurer plates need to be SFW! ppl have been spreading misinformation that it was only an OF link that lead to a suspension pic.twitter.com/vRWU7stf6I

Despite the negative aspects that plagued Adventurer Plates early on, I believe it still is the perfect feature for this community.

Your Story, Your Portrait

Player identity is massively significant for the FFXIV community and their MMO experience. Even if everyone goes down the same on-rails story experience, one Warrior of Light can be very different from another in terms of outfit or responses to events that allude to player choice.

Outside of the story, player housing, crafting, and even barding out with a harp in a town square dips into how players can personalize their experience and character. Adventurer Plates launching in FFXIV only strengthens the good vibe the game has going. Sure, it cranks up the wild factor, but leaves it up to players to decide how they want to appear visually to others.

This, in essence, is what many MMO players crave, a feature that tries to bolster individuality. With it washing up on the shores of FFXIV and continuing to receive future updates, Adventurer Plates may have started in a controversial spot but never would have bloomed to its full potential anywhere else. 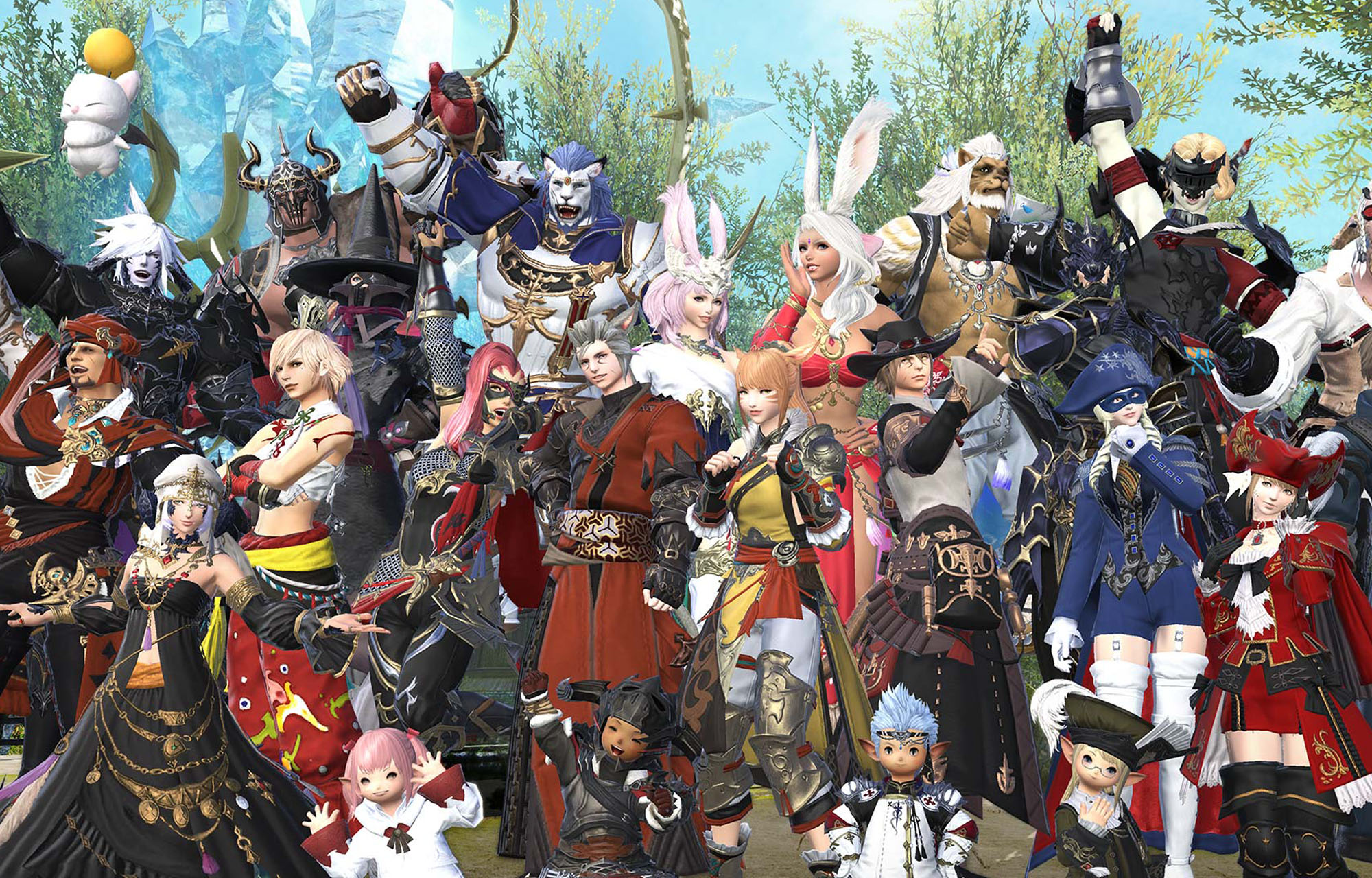 That wraps up this week of Game Design Spotlight! How'd you like the read? Feel free to leave feedback since this is all fresh and new for both of us! Also, if there's a particular design element or game you'd like me to look at and discuss, let me know below!

If you want this pyro 5-star to light up the sky, you’ll want to make sure she is equipped with the very best.

By Aspen Pash - 5 months ago

It’s time to challenge your friends to see who's the stronger player.

Pick up where you left off in Forged in Fog.